Is music going back underground?

Is rock music going back underground? When I say rock I mean all types. Rock, Metal, Hardcore, Scream-o, nu metal, any type you can think of that you are asked to turn down. I say “Yes it is” for many reasons. One is if any of you watch MTV’s music videos you can notice that there is little to no rock music, of any form of it. Next is that when you look up the concert listings you will notice rock is going back to the classic bars. I looked on my iPod and out of all the concerts I found three rock bands, and only one was not in a bar. One other that caught my eye is sterio types of rock music. My last reason is that with a new generation coming in, I’m beginning to feel that the younger kids are enjoying more pop and rap then anything. So these are my reasons agree with them if you want.

Go and turn onto MTV in the morning while eating breakfast. Do you notice one thing with all the songs? It’s all modern pop, or rap. You hear none stop of Lil Wayne and Eminem. Like I said I’m a music junkie I don’t mind that but if its Music TV shouldn’t it be all styles not just one? While listening I have heard one rock song, Waiting for the end by Linkin Park. I was watching the classic MTV and it had Alice Cooper as a main musician. One huge song was Every rose has its thorn. Those groups and songs marked a time period. Now Lady Gaga marks ours. She is a great singer but what’s wrong with having Lady Gaga and Trapt be remembered for this time period. I’m not trying to put down MTV but don’t you all think when it says “music” it should play all music, not just pop?
Concerts are amazing in my opion. All the people together to cheer and see a group of bands. Then the mosh pit breaks out. Shoes getting throughin, people falling on top of eachother, all while cheering. But sadly rock concerts are going down. Only going to big cities for the well known bands like Korn and bars for the less known like Rev Theory and Pop Evil. Moghen Sun always played great rock but the last rock concert was sublime a while ago. And for the next four months the only one is Linkin Park. It’s all pop rap and mostly new country now. Besides that, at least where I am, I missed rock. Now it feels its fading more underground right before my eyes.
Another reason that really gets me worked up because music is such a huge part of my life is all the sterio types. When most people here “Rock” they think of yelling and fights breaking out. Yes that can happen with metal and scream-o and a lot more. Like at a Korn concert I knocked someone out, but that’s not all rock is. Its mellow and slow and can be sad. My favirote song is Scars by Papa roach. Well that’s rock but It hits so many emotions. If you say all Rock is yelling and screaming look up rock on your computer, see what bands pop up, and yes I did say there are some loud riot songs but theres also songs that I’ve seen break people into tears. Rocks a lot more then grabbing a mic and yelling.
My last reason is, and I think I started saying this before too, our gereation, the teens, are letting rock slip away. The new geneation barely know about rock. All they know is Justin Biber and Kea$ha. That’s not completely a bad things its alowing new artists to get heard but they don’t get the chance to hear classics and futur classics. In a couple generations like our grand childern might not even know who the Beatles are or Nirvana is. It breaks my heart to know that such a huge part of your history and cultur are being hid more and more. Elives, the king of rock, might not even be heard when we pass on. I don’t want to leave this world knowing that rock is leaving soon after.
Well, that’s all I got to say, thanks for reading. It still crushes me that I sit down to MTV and hear words flying a mile a minute. And that im stuck going to less concerts as time goes by. I usaly go to one a mounth and I havnt gone in three because There are not any rock bands here. I’m still fighting to make people stop with the sterio type that rock is all yell and no meaning. And lastly I can’t stop it but our new generations and many to come are fading rock out of there lifes. Thanks for reading again, hope you have a nice day. 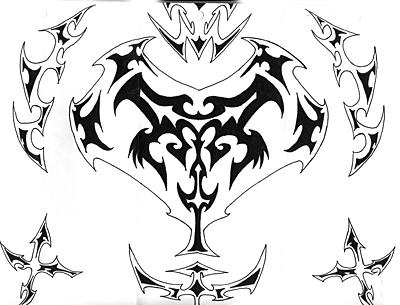 Favorite Quote:
Make your own lines, and color outside of them.

View profile
Nirvana is my favirote band. Its almost upseting for me to think about how much music would be changed for better if Kurt never committed suiced at 27.
KeyofG BRONZE said...
on Feb. 11 2011 at 11:24 pm
KeyofG BRONZE, Duvall, Washington
2 articles 0 photos 17 comments

Favorite Quote:
well, I want to put my favorite quote here but its too long so I can't type it on this freaking thing

True that. I agree with you SO much. And thanks for mentioning Nirvana! I love them to death, and I hate it that just about no one nowadays even knows about them unless they're 40+ or 30+ years old, so it seems.

Favorite Quote:
Because I can!-Me "Life is a choice and death is a decision"-Lil Wayne

View profile
I don't like rock myself. But I do agree that all music should be played on the TV and the radio. I guess all I can really say is embrase the new and remember the old. Something a lot of parents don't understand when they are still trying to play Disco in the car.
toxic.monkey SILVER said...
on Jan. 13 2011 at 11:49 am
toxic.monkey SILVER, Tashkent, Other
6 articles 0 photos 210 comments

View profile
i don't expect my grandkids to listen to Muse, or Linkin Park, or Greenday- no matter how much I love their songs and how inspired i feel by their music. I figure that it will not be their music, it will still be mine, my generation's flow and my generation's soundtrack. Rock will never be wiped away, but it will evolve. Just as people don't live forever but are remembered.
Sonata16 GOLD said...
on Jan. 12 2011 at 11:15 am
Sonata16 GOLD, Mt. Pleasant, South Carolina
12 articles 0 photos 43 comments

View profile
Thank you so much for reading and rating and its true when you break down lyrics and meanings to so many songs like Kick in the teeth by Papa Roach and With arms wide open by Creed have great meetings.
YourMuse26 said...
on Jan. 10 2011 at 10:20 am
YourMuse26, Newark, New Jersey
0 articles 0 photos 2 comments

View profile
I believe that this is so true, i love rock music so it hurts me not to see my favorite bands being played unless i go on youtube. And most rock bands send out better messages then rap does. More people should take a stand.!