On Alternative Fashion and Subcultures

Favorite Quote:
"We'll fly home, you and I" --Headfirst for Halos, MCR

Ah, the alternative genre. Mainly found in music and extending outwards into fashion and even politics, the alternative genre generally dates back to the 50s when rock ‘n roll started to become popular. Rooted in afro-american music such as jazz, gospel, and blues, the music style has evolved to include many different sub genres underneath the “Alternative” umbrella. And while I’m open to have many debates on what subgenre of alternative music Twenty One Pilots really is, I’m here to discuss the warped image that alternative fashion has had lately. Words like “goth”, “grunge”, “punk”, and “emo” have been diminished and their true cultures silenced by those unwilling to research what the words actually entail. The purpose of this article is not to bash, flame, gatekeep, or call anyone a poser for using these words to describe them or identifying their style with a subculture. I myself tend to call my style grungey or punk depending on the day. The reason I’m writing this is to educate those who are causing alternative subgenres to lose their roots, what they were built on. Please note, there are hundreds if not thousands of alternative subgenres of fashion, and even more subgenres under those subgenres, so I clearly can’t talk about every single one of them. The ones I will talk about are the previously mentioned cultures: the goth, grunge, punk, and emo subcultures.

To start, let’s begin with the word that a lot of boomers like to use to describe anyone that wears even an inch of black outside a funeral: goth. Goth culture is actually a very easy culture to associate yourself with-- literally the only requirement is to listen to goth music. That’s it. I could regularly dress as a VSCO girl going to the beach and call myself goth as long as I listened to the right music. Of course, a lot of goths tend to gravitate towards the fashion style typically associated with them: all black, themes of death, wildly pale makeup and face paint. Note that most goth styles tend to stay unbranded-- no labels of any sort of brands or bands on their clothing. Goth music, like all other genres, has many different varieties. The genre came from the post-punk genre, and can be classified as having dark arrangements, sombre tones and themes, reverbed guitars, and very few major chords. A couple bands that play this genre include (but are obviously not limited to): Bauhaus, Sisters of Mercy, Skinny Puppy, and The Cure’s later music. Goth is one of the few genres that actually requires that you listen to the music involved. So please, if you’re calling yourself a goth, give the music a shot. Otherwise, try to stay away from calling yourself goth. (And no, unless they listen to the music, the Addams Family are not goths.)

Nirvana! Bet you’ve heard of them. I’d be surprised if you didn’t. Unless you’re thinking of buddhism, in which case I wish you the best on your spiritual journey. Nirvana (the band) is generally credited as being the most influential grunge band of all time. With that, I think I would agree, even if there’s evidence of even better grunge bands than them. Pilots of the 90s alternative scene, Nirvana (along with many other grunge bands such as The Nixons, Babes in Toyland, and Soul Asylum) ushered in a new style of clothing. Grunge, as it was appropriately called, was primarily categorized by its use of thrifting and resale store finds. This is probably the subculture I get the most fired up about, mainly because modern “grunge” styles include clean skirts, dark colors, chains, pretty makeup, new shirts, and the like. Heck, look up “grunge clothes” on Pinterest and you’ll find the exact opposite of what grunge is supposed to be. Grunge style was based around garage bands who were too broke to afford new and well-fitting clothing, so they were forced to buy old and ill-fitting (and potentially slightly dirty) clothes from garage sales or thrift stores. As these garage bands suddenly became more popular and mainstream in the 90s, they never outgrew (so to speak) their clothing style. And, like any other society that looks up to celebrities, teenagers began to adopt the style as well. Another bonus of grunge style was being comfortable for ease of skateboarding. Tell me, do you think skateboarding would be easier with loose jeans and a sweater or with a black skirt and fishnets with platform boots and chains everywhere?

Has anyone ever called you a punk (derogatory)? The term “punk” (derogatory) stems from the fact that the punk culture began in politics, specifically anarchy and going against the government. Interestingly enough, punk culture actually originated in the UK in the 70s, during which Britain was experiencing severe economic hardship. Punks wanted to inform everyone about all the hardship happening in the government, and thus were (and still are) rooted into politics. Anyone can identify as a punk (and this too is a huge emphasis in the culture), as long as they share the same political beliefs. Boiling them down to three beliefs, the core ideas are: human rights for everyone (no exceptions), freedom of thought, and freedom of self-expression (without backlash). (Bonus: Anti-Nazism.) One interesting aspect of punk music is the idea of being an apolitical punk. Although politics are the core reason for punk’s emergence, apolitical punk bands did (and still do) exist. Take Ramones, for example. Maybe they’re not a prime example of a pure punk band as they’re more pop-punk, but they, as a band, were apolitical. Johnny Ramone was actually a conservative Republican, and Joey Ramone was a liberal Democrat. But they stayed in the band together and didn’t let it get in the way of their music! I think we could learn something from those two. Punk fashion can be categorized as having many patches, buttons, threads, spikes, and DIY projects, accompanied by wild hairstyles, leather jackets, and combat boots with yellow laces (if you don’t know why the laces are yellow, I suggest looking up lace code). I honestly haven’t seen current culture tainting it too much outside of fast fashion and big businesses. The reason why leather jackets were such a huge piece of punk fashion is because in the 70s, the 50s greaser style was finally going out of fashion, and it was easy to thrift leather jackets for cheap. But fast fashion strikes again with their $70+ leather jackets! Look, I get it, leather is expensive, but a lot of bougie brands are way overpricing them and trying to specifically market them as “punk” jackets. Let me tell you, I got a fine black jean jacket from a thrift store for like $15. DIY is a huge part of punk fashion as well, and DIY means cheap materials.

“I listen to MCR and Cute Is What We Aim For which means I must be emo.” Wrong? I think? Emo is such a broad culture with very vague core ideas that honestly it’s a little hard for me to come up with a good outline for it. What I can tell you is that MCR isn’t emo like you think they are. I hate to break it to you, but Dashboard Confessional is more emo than MCR will ever be. For the purposes of this article, I’m comparing the early 2000s emo and scene fashions (although I know the emo genre emerged sometime in the 80s). Generally, emo music is categorized as having emotional lyrics (that’s why it’s called “emo”), and include bands such as Dashboard Confessional, Death Cab for Cutie, and Rainer Maria. A lot of people seem to confuse Scene and Emo styles. I suppose scene could be a subculture of emo, but they’re more like sisters. Emo style has actually been kept pretty consistent, mostly due to stereotypes like guyliner, straightened and dyed hair, piercings, band tees, vans, etc. The problem comes from the fact that most people would probably look at a picture of a scene kid (NOT an emo kid) and say “oh yeah they’re emo as heck”. Scene style includes elaborate clothing, layers, bright colors, tutus, and many extra accessories like little tiaras. Emo style, in comparison, is almost like a darkened and simpler version of scene. Emo fashion implies the existence of all-black clothing, skinny jeans, band shirts, black hair, and lesser accessories but still including items like studded belts and bracelets. (TW for self-harm and suicide in the for the rest of the paragraph!) One important and harmful stereotype I’d like to mention is the idea that all emo kids must be suicidal. This is absolutely not the case. Sure, a lot of emo people are in touch with their emotions, and they aren’t immune to the effects of depression, but the toxic image that society creates of emos hurting themselves solely because they’re emo is absolutely not true and should not be believed. Anyone can suffer from depression, not just emo and scene kids. If you’re struggling with self-harm and suicide, give the National Suicide Prevention Lifeline a call at 1-800-273-8255.

True, I could go on about these subgenres and subcultures for longer, but I believe this is a substantial amount to at least begin to educate folks new to the alt scene. The influx of e-girls in 2019 and sudden revival of grunge has made me at least a little sad and frustrated to see the erasure of culture for the sake of style. Hopefully this article could enlighten at least one person, if not more. So please, as you would with any other activity, educate yourself before participating so we can prevent the eradication of culture and preserve the roots of these lifestyles and fashions. 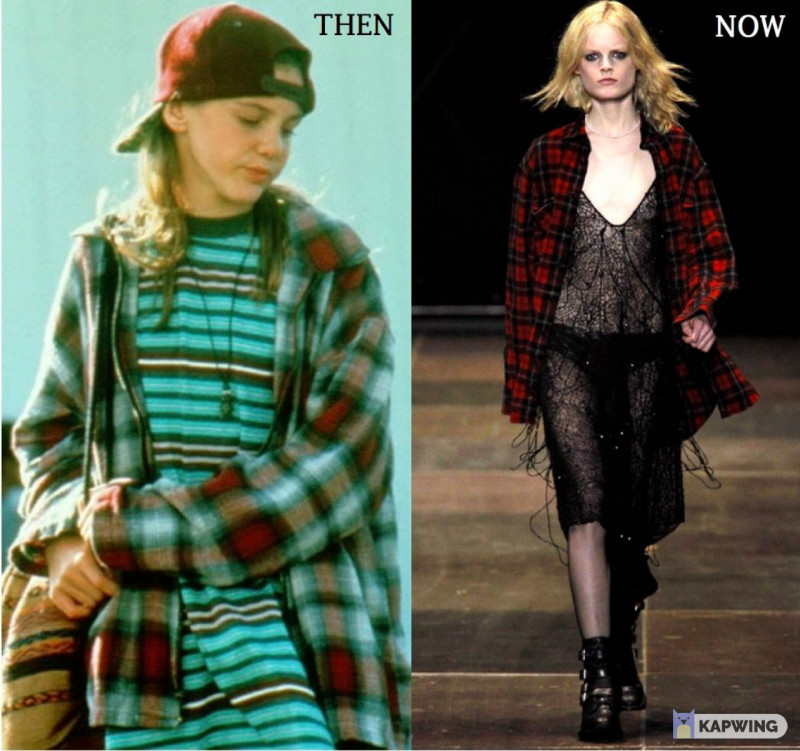 I've been immersed in the alternative music and fashion scenes since about 6th grade, and recently I've noticed a lot of alt subcultures being simplified into just fashions and clothing aesthetics. Many of the alternative subcultures have rich histories of rebellion, and I think more people should appreciate and educate themselves on the roots and core values of these subcultures.