Parents always talk about how If schools had uniforms, everything would be so much eisier. You wouldn't get caught up on looks and would learn the skills you need. I disagree with this, I think that school uniforms would put a restriction on our creativity. We dress the way we do for a certain reason.
Clothes give us expression and the ability to use color and patterns. The first impression we get of people is usually clothes, facial expression and language. If we all wear the same thing we don't get to really see what people are like on the inside. Usually girly girls wear pink and frilly things. Skaters wear baggy pants and goth usually wear black. Clothes don't distract us form learning the studies we need to, it simply lets us inspire our imaginations and lights up our worlds.
putting school uniforms into order would probably make us rebell against it and we would only be able to express our creativity in things like art and music. Because of the current economic situation most art and music programs are being cut from schools because there is simply not eneough money to support them. 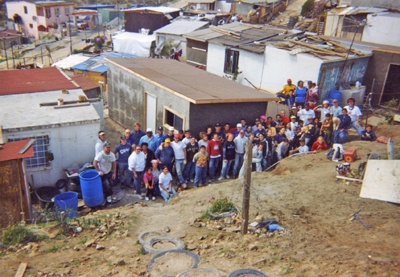 This article has 240 comments.

Juliannacaffs said...
on Feb. 20 2011 at 10:40 pm
Honestly, I don't see why people make such a big deal out of uniforms. I go to a private school and therefore, I wear a uniform. I love my uniform, not because it's attractive (because I promise you it's not), but because it makes my life easier. I can sleep later in the morning and not have to worry about picking out clothes for school. As far as self-expression goes, the uniforms are ONLY for school, which is a pretty bad place for "expressing" yourself since you're required to submit to multitudes of dresscodes and rules anyway. Just go home and change afterschool, its obviously not an obligation to wear a uniform after dissmissal. In addition to that, wearing a uniform only allows me to put more thoughts into my outfits when going out with friends or when my school has a dress-down day, due to the fact that I don't get to or have to do so all the time. And because I'm putting more effort into it, it's more self-expressed than people that are re-wearing outits and not putting this individual care into each and every ensemble you leave your house in. None of you should bother writing comments about how much uniforms "suck" or how absolutely terrible they are unless you've gone to a school with a uniform. And most people that have really don't mind them.
SeerKnowsBest SILVER said...
on Feb. 10 2011 at 10:48 pm
SeerKnowsBest SILVER, Pryor, Oklahoma
5 articles 0 photos 53 comments

Favorite Quote:
i have so many favourite quotes, but one that has stuck with me for years is " to die would be an awfully big adventure" -peter pan, Peter Pan, j. m. barrie

Favorite Quote:
STUPID IS AS STUPID DOES
FORREST GUMP

View profile
yes that is true. any one who dares to put out "the clothing does not affect what you bring out" is completely blind. They dont know and we dont know how someone is if we dont see their style/personality.
mariaa BRONZE said...
on Dec. 19 2010 at 10:24 pm
mariaa BRONZE, Tucson, Arizona
1 article 0 photos 4 comments

Favorite Quote:
Rise to the occasion, which is life

I think that schools which have had uniforms as a part of their tradition, should allow the students a bit more in the way of freedom of expression, such as allowing a casual clothing day, as is done in the USa.

But then, I am from a school system, where you started school at *, and graduated at 20, and the only days you got to wear anything outside the uniform, which was mandatory, was on holidays.

The school I went to was both a "boarding school - military academy", where in the majority of the student body, stayed at the school for the full length of their education, while those who lived with-in easy commute, got to go home on weekends.  The downside of this, was that from my graduating class of 300 students, 90 of us wound up going directly into the military, thru training, and then to VietNam.