How I Was Screwed Over by Disney | Teen Ink

How I Was Screwed Over by Disney

Favorite Quote:
To be nobody but yourself in a world that is trying it's hardest every night and day to change you into everyone else is to fight the hardest battle a human being can fight, and never stop fighting.

When I was as tall as a small cabinet, Disney taught me that we are all princesses. That was the beginning of the seemingly innocent lies that eventually were corrected by a guidance counsellor in a forgotten room at the back of the school.


Disney told me that all I had to do was be myself and be good, and the world would love me. But it never said that being good was hard and that being yourself meant curling into a tiny, tearful ball and imagining your skin becoming thick and grey and tough as you insisted that you were a rhino who couldn’t be hurt by the mean names they called you, because enthusiasm is uncool and intelligence is mocked and optimism is naivety.


Disney told me that someday my prince would come to rescue me and turn my life upside down in a magical, musical twist of fate. But it should have taught me that you have to stand on your own two feet and fight your own battles because most of the time, nobody comes to the rescue and the longer you wait the deeper your scars and the more bitter you become as you realise hope is for kids and reality hurts.


Disney told me that I could be the hero of my own story and save other people from villains cloaked in darkness and too much eye shadow. But the truth is that the villains I meet these days don’t wear masks. Instead, they crawl inside my friends and my family and tell them that they are too fat or too insignificant or simply not worthy of that pathetic thing they call a life. And Disney lied when it told me I could save them because we can’t save other people, and until we learn that we keep trying to fix those whom we love and we fall and we crash alongside them when we can’t, and because Disney says “You are a superhero” we believe we just aren’t good enough and that it’s our fault when they don’t believe us when we say life is worth living.


Disney promised me a happy ending. And sometimes I hate it for giving me such high expectations because the higher you dream, the further you fall when your dreams crack and fail and you go from having your head in the clouds to hitting the cold, hard pavement on the street called reality. But sometimes, when I’m alone in bed at night and just sleepy enough to be wishful, I’m still that little girl, hopeful or naïve, who is waiting with bright, shining eyes for her fairy tale ending. 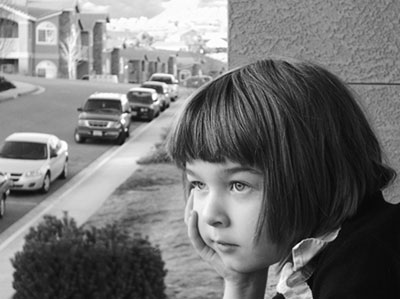 Favorite Quote:
In the end we will not the remeber the words of your enemys, but the silence of are friends.
~ Martin Luther King Jr.