That which proves gawkingly precocious,
But still, nevertheless, so close to me.
So tauntingly close do our eyes meet,
And so teasingly far from reach.

We share a dialect, it and I.
One of countless words and slangs,
Of surrendering expressions and melancholy,
However, void of a single character.

So here I am, presently,
Staring up at that bright shining star.
And as I avert to my right,
I refuse to turn away.

Because I have found you. 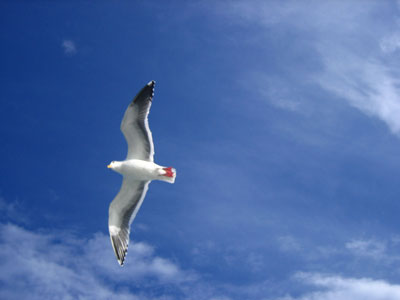 The author's comments:
About the girl who's beyond my reach. Who has shared many special things with me. Who pushed me away, yet remains close. Who I refuse to give up on.
Post a comment
Submit your own

Oh I've missed your kind words. You are talented, though. Let the world know that I say so. Thank you for noticing me. I certainly appreciate it and reciprocate it!

Favorite Quote:
"Your dreams only become intangible when you stop reaching" ~me ;)

View profile
I suppose i'm late with the congrats on this one. However, a poem which reaches an audience so deeply with words that lull the mind with such grace, does not deserve to go unnoticed by a single soul that stumbles upon it. what can i say that hasn't been said? i think everyone has that one unattainable person in their life they long for. and the average person has to keep those feelings bottled inside because they don't have the means to express them the way you do. you most definetly have a gift with words that even i wish i had. but i can settle for reading your poetry to suffice for my inability :) astounding poem :)
chrisbriones GOLD said...
on Aug. 25 2010 at 12:25 am
chrisbriones GOLD, Anaheim, California
11 articles 0 photos 83 comments

View profile
Yes, it is lubby dubby. And I'm happy you caught the contrast. I think i meant to make it seem as if all the boy's intellectuallity was just simply overrun by his bare emotions. I was exploring all the reason's why i liked her...only to come to the conclusion that it's because she makes me smile; that she's not afraid to do new things; that she has this dimple on her left side whenever she smiles; that her hair is black. Simply because it's her.
Marlyre PLATINUM said...
on Aug. 24 2010 at 9:55 pm
Marlyre PLATINUM, Kalamazoo, Michigan
21 articles 0 photos 208 comments

Favorite Quote:
"when you cry, do you waste your tears?" Madonna

View profile
ditto up top! i think i have felt the same.... care to read some of mine?
J-blotting-ink SILVER said...
on Aug. 24 2010 at 9:47 pm
J-blotting-ink SILVER, Kalamazoo, Michigan
8 articles 6 photos 20 comments
View profile
This has a nice rhythm to it. I also like that it is complex and explanatory up until the last two lines, which are beautifully simple. I enjoy the contrast.
chrisbriones GOLD said...
on Aug. 24 2010 at 8:16 pm
chrisbriones GOLD, Anaheim, California
11 articles 0 photos 83 comments

View profile
This poem is, inarguably, well written. You write with a hard-to-find eloquence, and I appreciate it in this piece. I know the feeling, to some extent. Well done.