The world is a super-fleeting-rundown place
You look around and think,
Just for a moment what have I got here.
Trash-upon-pollution with nothing in-between
Its suffocating me
The air has never been breathable it’s a lie,
It’s always been a lie
What would it be to take but a measly-little-five-seconds-from-our-run-down lives to pick up a piece of garbage?
There once was a young girl,
Who believed in the goodness in others,
Who believed that we could still be saved.
She had like-you-couldn’t-believe imagination
She wanted what was best for the world and she tried.
That little girls name was Alice.
And because she lived in a world so disgusting and rundown she created her own
Where flowers would talk and rabbits would wear waist coats and have pocket watches.
Because of what we have created a world not worth saving,
Alice had to create her own
Because even though her world was lost in dirty-garbage-cans-over-flowing-with-the-filth-of-our nation
She believed in the people
And so she told people about it; this magical getaway she had created
In whispers and stories so that we all would want to go to this enchanted place;
And we do.
Because why stay and fix the problems we have created, what we have destroyed for all future generations,
Just take-a-leap-of-faith feet first down the rabbit hole,
And if you truly believe and if you are true of heart
You see a little girl,
Who has been there all these years,
Who will welcome you by just saying:
“Welcome to Wonderland.” 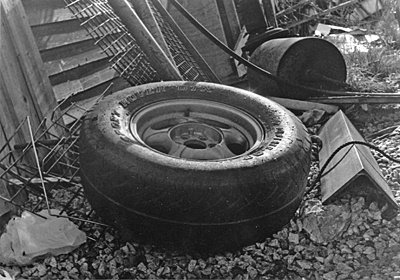 The author's comments:
I think this is my favorite poem I have ever written.
Post a comment
Submit your own