The name—my name—Adelyn. A fairytale of nobility that was decided because of a $13.99 piece of baby clothes. My mom had thought “Sophie” for “Sophia”, but unfortunately Walmart had no one piece with an “S” left in stock.

When I hear my mother calling it up the stairs, it chills me to the bones. That’s when I know my end is near. I cut my name to Addie because of that. And from there, Ads. And for my dad, Biggie Sweets.

My friends at school call it to tease me, because everyone calls me Addie. The name I’ve told them to call me. But, is Adelyn different from Addie? I don’t think they’d recognize me if I became Adelyn at school.

It is nostalgic, like a morning at Three Bears Lodge for my annual family gathering, before anyone else is awake. Rays of sun shining through the windows, the silence peaceful.

A name that tastes almost whimsical, like fresh strawberries or sweet sugar.  That sounds like a song of wind and water, a stream gently trickling through a forest. Warm sun on your face and soft grass beneath your feet.

The name that will be me in the future, not just  when I’m in trouble, to show that I’m capable and competent. Not like Addie, the name that is me.

Adelyn, the name of a bird, soaring lazily above the mountains, soft as silk to the touch. Just like a butterfly’s wings.

It is the smoke rising from a crackling fire, leaving someone coughing with tears in their eyes, and others laughing at them.

It is the early morning dew that cools you down from a night's slumber, but leaves you freezing cold.

As hard as steel, unbendable, but as smooth as water, it leaves you confused. It may give the impression of a grand castle—but castles can collapse too.

But, that’s why I can switch my name at random. From Adelyn to Addie, I become strong. The castle turns from stone to metal, and won’t crumble easily. Could there be any better way to find strength?

The butterfly’s wings, that could be broken off with a single pinch, become solid. Unbreakable, no matter how hard you squeeze.

The smoke that rises from the fire, doesn’t just blow away, but spreads. Taking over the skies.

So who am I really? Adelyn, who is delicate but strong willed, or Addie, who would fight for anything she believes is right. Or am I both? Is that even possible? 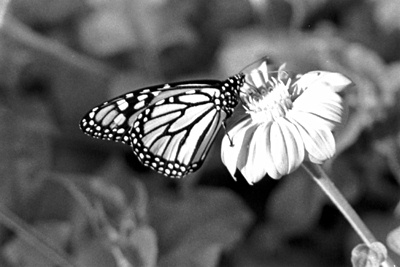 This is a piece I wrote as a dedication to my name and it's meaning. Not only it's meaning to me, but how others might feel when they hear and say it.

View profile
This is really beautiful!!! It shows your feelings you have toward your name...☆☆☆

Even my name has a long story. Long story short, they said that I was going to be named Tsunamia because the date which I was supposed to be born was 26th December 2005, which is one year after the Asian Tsunami but I was born three days letter and my parents came up with the name Amra, but my Auntie told that Amra was a 'dark' name and they ended up naming me Afra. Still, I love my name so much and I may sound immature, but I do not like it if anyone I know has the same name as myself; I don't like to share my name. LOL!!!