In the future, our lives are pantomimes.
Toward the end sequence
at the funeral of our world,
an old man stands and weeps over the ashes
of syllables, letters, adverbs.
Trying to connect, to remember,
he sends aimless Morse letters to anyone,
our communications of lost existence

The saddest existence I've ever known –
I mean, a ditto of Dostoevsky's Underground Man –
is my great grandfather's.
In all our family scrapbooks and cut-outs,
any observer can almost touch
the shriveling ashes riddling across his face
with no ripple of being alive.
Or others might view being alive as being dead.

Yesterday, I visited him in the hospital.
Fluid jellies and heart detectors uncomfortably
surround him, or what's left of him.
Sitting close by alongside
“Feel better” and inflatable bears
holding lollipop balloons,
I concentrate on the timely counting from the monitor,
the Z-shaped lines that seem to trace
the heart's own writing on its tombstone.

Just now, I learned from the doctors that
his voice was temporarily cut off by
the shock from the heart resuscitation.
Apparently, the larynx, that powerful engine
to fuel our words and language,
was aimlessly flapping around,
barely hanging on to its hinge
before it surrendered,
as we all do.

What I remember now,
two years after the cremation,
is the handwritten note he gave me
in the hospital.
While staring straight at me,
he handed me a white note card
that said, ‘“No words is my cenotaph.”
Maybe our future engravings some day. 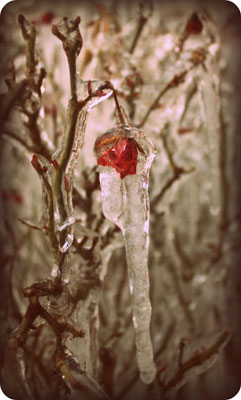 View profile
This is beautiful