Outside, I can see the wind thrash at
already defeated trees and weeds.
It never forgets—the wind—I presume
for it has followed me here
where the smell of sterilization pervades
the stagnant air of this room.
A groan adjacent to the window
reclaims my attention as the
deteriorating man sprawled out on
the bed screams for the nurse
to quell his pain.
A sportsman he claims to of been;
a stallion far too strong in spirit
to be bound down in place.
It’s as if his restlessness
parallels his pain day by day,
just as my own father past.
Familiar screams resound almost aloud
as he struggles to speak.
Days of sun and of glory are relived
in between spasms and clenching
as the effect of his agony
becomes all the more intolerable.
“Do you have kids?” I attempt to lighten
the suffocating grip on both of us.
Another stranger on the floor below
could of resigned to his cancer
at the time he responded.
“Four. They live just down the block.”
A chill of disgust climbs my spine
once I discover not one has
visited during his admission.
Abandonment is an unforgivable sin
that can never be forgotten.
We can only hope that it
is never too late to compensate,
either weeks or years later.
My eager hands begin to fix coffee;
I’ve lost all conscious control.
“Two creamers and two sugars,
just the way you liked it,”
I catch myself saying as if instinctually.
Just then, the groans cease.
“How’d you know?” he murmurs
through pursed lips, unmoving.
“How could I forget, dad?” 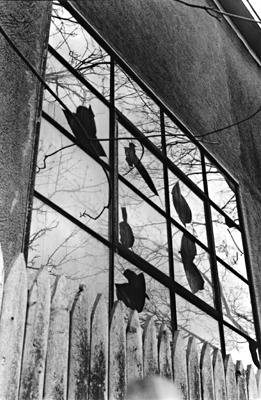 The author's comments:
Is it ever too late to earn forgiveness?
Post a comment
Submit your own