Life of a Teenage Boy

In Junior High They always tell us

This will be when you’ll undergo changes

But what They don’t tell you

Is that You will open your eyes

To what You were blind to before

You see people in a way

You never did before

You see the Girl who tries to hide her inner insecurity

Behind a strong, impervious, exterior

You see the Hierarchy that is formed

You see the Top of The Hierarchy

You see Them Believe that in Every Way

They are more Important

You see through the lies; the deceit

You see through the facades; the costumes

You see the Girls

You see the ones who care too much

About how They look

And You see the ones who could care less

You see who is pretty just for other people

And You see the ones who are pretty for themselves

You see your fellow Boys

You see those who believe they are better than You

They can Jump Higher

They can Run Farther

Or, The best one, They’re Heavier than You

You Respect Most, Some not so Much

You see the Hardships they face

The Lack of Recognition, The Families They spend Less Time with

You see Their Best Effort Every Day

You see the Heroes that They Are

Yet You see the Disrespect Thrown in Their Faces Every Day

You see the Heroes among Your Peers also

You see the Kids who Don’t Conform

Who Don’t Care about Popularity

Who Don’t Wear the Costumes and the Facades

Who, despite the Pressures Thrown at them

Who Never Believe that They’re Better than the Next Person

They Want The World to Look Beyond Their

They Want The World To See

Who They Are Underneath It All

They are Who They Are

Who They Want To Be

Because They Never Conformed to What They Knew Wasn’t Right

You Wish You Could Say Screw It

To Everything You Never Believed In

You Wish that When Those Who You Know

Who Don’t Believe That Every Single Person Is Equal

Who Believe It’s All a Matter of Popularity

You Wish That When They Look Down Upon You

Who Would You Be If The Rest Of Us Never Propped You Up? 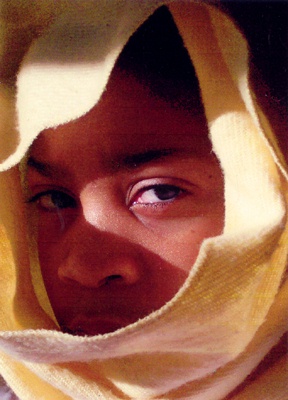 The author's comments:
Being somebody who's learned to observe and look beyond people's exterior I felt this was what i've wanted to write for a long time.
Post a comment
Submit your own

Favorite Quote:
“There comes a time in our lives when we do things that we don’t understand. We confuse ourselves, we might even logically oppose our impulses and yet we act on them anyway... There are some things that we feel that we absolutely must do. We might know that they are wrong, or pointless, or gravely punishable, and yet we do them anyway. These actions are not born of anger or emotion – we are perfectly sober. It’s rather inexplicable. When the time comes, we can’t stop ourselves and so we cannot blame ourselves.” -Umasi, Truancy

View profile
amazingly written and very true about life during school. We all want to fit into some little group and be praised by that group. But then there are those of us that just don't care anymore about social classes, outside beauty, and the masks we are expected to shrink behind. Keep up the fantastic writing and let the truth be heard!