The Essence of Life & Death

Favorite Quote:
"Many that live deserve death and some that have died deserve life, can you give that to them? Do not be to hasty to deal out death and judgement, even the very wise cannot see all ends."

I spent hours learning how to tie my shoes; and in one minute I undid them.

Life is temporary. Death’s permanence stinks of drunken rage, and emotional irregularity. Nobody ever told me that the warmest of hearts could ever go cold. Nobody ever told me that this splendid woman could ever leave this earth. She barely spoke a word of English; I doubt she even knew how to say Death in this new and intricate tongue… it took her nonetheless. Who would've known that she’d toil for 80 sum odd years to be whisked away in the matter of seconds.

One day, on the beach, a young boy lay down on the sand building himself a sand castle. All night, he built and built and as the sun gave way to the night, so did his skepticism to pride. At last after hours of hardship he had finished… and then the tide came in. Nobody ever told him that on that evening the “high tide,” would be 30 feet tall. Nobody told him that in the matter seconds, his sand castle would be gone.

Life is an enigmatic mother who picks her favorites. Death is a brooding father, whose children he’ll never abandon.
Nobody ever told me these things. Nobody had to tell me.
I learned it all that day with the lingering sound of Sponge-Bob in the background…
“Loopty Loop & pull…” 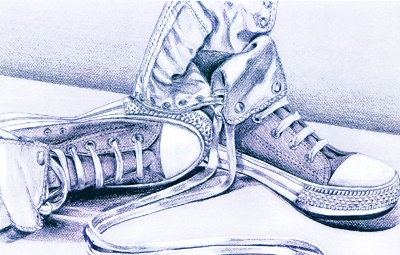 The author's comments:
Call me a Gleek but this was inspired by the untimely death of Cory Monteith.
R.I.P
Post a comment
Submit your own

Favorite Quote:
Raise your words, not your voice. It is rain that grows flowers, not thunder. ~ Rumi

View profile
Its good and strong. it conveys a concret idea and is sad. yeah i think cory's death shocked everyone. Its not in stanzas, or look like a poem buts its a good article and thought provoking.