Favorite Quote:
“You must stay drunk on writing so reality cannot destroy you.”
― Ray Bradbury
“There is no greater agony than bearing an untold story inside you.”
― Maya Angelou
“There is nothing to writing. All you do is sit down at a typewriter and bleed.”
― Ernest Hemingway

He alone became her passion
With lies and deceit, a love he fashioned
She drank in his beauty with forever-blind eyes
For inside him she refused to see his lies
He kept her away from the rest of the world
She became a heartbroken and forsaken girl
She had not the heart to leave him alone
For she knew she had no other home
She had too much forgiveness for him in her heart
Taking advantage, he ripped her soul apart
She never grew angry, only grew unhappy
Because when she was crying, was when he was laughing
She let him treat her any way he pleased
She never raised her voice to him and never made him cease
Often she felt she should just hurry to die
And more often he taunted her with this daunting cry
“Never again will you see light of day,
for you now are mine, and mine you will stay!” 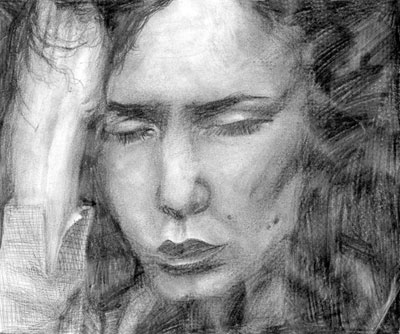 Favorite Quote:
"At the touch of love everyone becomes a poet." ---Plato