Favorite Quote:
The only reason killing yourself is a sin, is because your beating God at his own game.

I believe that the blood in your veins has nothing to do
with who your family is.
A woman can be a mom but not a mother; and so on.
Our blood did not equate, and
our faces did not relate.
But my brothers taught me more about life and love than the woman
who birthed me ever could,
ever would, even though she should have.
We decided that since our families were not ideal,
we'd make our own.
So we did
I remember two nights before I didn't say goodbye.
I told the youngest that I wanted to find myself.
he looked at me and then away and whispered
into the frozen air so I could see his breath and said,
"you don't find yourself, you create yourself"
My boys had more wisdom within their 16 yr. old
minds than any adult I've ever met. And I believe
that is because they chose to raise themselves
so they wouldn't become like the others.
Our biggest fear was normality.
We'd rather die than someone influenced by another,
and we made sure we thought for ourselves.
And as the 4 of 5 watched as the rest of our friends
allow their parents choices and beliefs, become their own,
we decided we didn't want to be like them.
We didn't want to live like that.
We didn't want to survive.
we wanted to live.
Because no one gets out of this alive.
So why be afraid of the inevitable?
Why let the fear of what's bound to happen
stop us from experiencing the things we dream of?
If you go through life afraid of it, what's the point?
We believed that if you believe in something,
you should go out into this vast world,
and prove it to be true.
We believed in love,
so we found it.
We believed in family,
so we made one.
And my brothers and I believed in a home somewhere.
So I believe that one day,
we're going to find one. 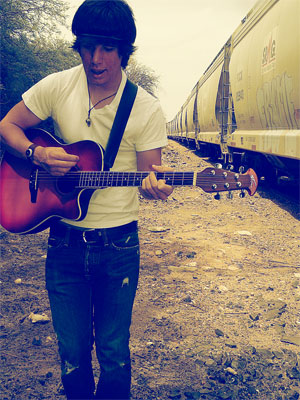 The author's comments:
My friend wrote this and I edited it.
Post a comment
Submit your own