Dare For This Generation | Teen Ink

Dare For This Generation

What is this world coming to and where will it go?

God save the children, but these kids are so grown that I don't even know

Where are the fathers to keep their daughters safe?

And where are the mothers to keep their sons straight?

They're walking down the street, lagging, sagging, trying to look cool

You and I both know they look like nothing but fools

And they're not helping anything by putting nurseries in schools

She's 8 months pregnant at fourteen, don't even know how to read

No, parenting classes are not what they need

All they think about is illegitimately populating the nation

Yes, we were made for pro-creation

But this is not how God intended it, the ways of man bended it for

Fornication is an abomination

Skipping school, disappearing after roll call, taking the bus to do some shoplifting at the mall

Getting high, getting drunk, plastering your face with all that junk

You should be appalled

The phrase of today is "I don't care"

They think that acting out means to have no fear, well, courage is to not follow the crowd

Doing what everyone else does is being a coward

So you like a good dare? I have one for you

I dare you to stop doing what society wants you to

The statistics grow, it's nationalistic so America is no exception

Adam and Eve had us doomed from conception

But God did not leave us without rectification

You may not become a star in the world's eyes, but you can shine where you are

And get up, stand up, and be who God intended for you to be! 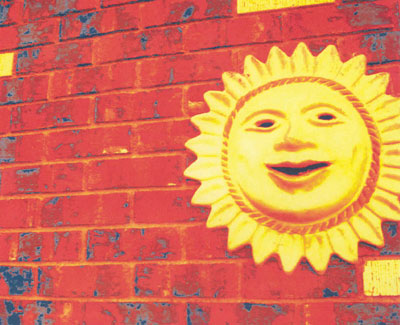