Foreword: In part of the content, I am trying to reconstruct Caligula’s life. There are plenty of possibilities, but I only choose the one I believe. In part of the form, the structure of this analysis may also be used in other plays.

The theme of Caligula, which was written by Albert Camus, is clear in philosophy, but in literature view, or aesthetics view, the theme is not only Absurdism, more rigorous, the theme is not as simple as people thought. When analyzing, we should not consider Caligula as the sign of humans, but the sign of a group of people who are similar to him, which everyone person in this group should not be considered as a group but should only be considered as individuals.

The moon which Caligula keeps saying and searching is the key that lets us observe him. It is a possibility. The possibility of Caligula’s saving. “Only, all at once, I feel within a hunger of impossible,” he says to Helicon. Hunger of impossible suggests that the moon represents the Thing that would never be reached.

But why the moon? Why he must search for the impossible?

Here, we need to consider Drusilla, seriously. When Caligula first time appears in the play, he is in bedlamism. Through patricians’ sayings, Caligula’s madness was caused by the death of his sister and lover Drusilla. Camus does not mention her a lot: she does not appear in person and there are no direct saying or descriptions for her. All we know are from Caligula’s words and patricians’ sayings which include more than Caligula’s. As the only character who profoundly influenced Caligula, this absence, indirect description, contributes to the reflection of Caligula as a full person.

Drusilla is more like Caligula’s leader. People in the play can be divided into three parts: Drusilla and Caligula, Helicon, Cherea, and Patricians, and Scipio. The meddle group is normal people; Scipio represents normally good people; Drusilla and Caligula are strangers. Caligula is beaten by the death of Drusilla, and he can only be beaten by her death. We can conclude that Drusilla is too important to him, even is his pillar. Patricians also say Caligula is a kid. The only reason we can find for his behaviors is he is following Drusilla, at least regards her as his future--they are the same people, and they have the same destiny. Thus, Drusilla’s death completely destroys him, destroys his future--he knows he will suicide, and he knows he will not live in happiness.

It may be hard to understand, but I need to say that every individual has his or her climax. According to the “marginal decreasing effect”, if a person wants to feel more or equal to his previous feeling, he needs to experience something more excited or to say more provocative. However, the Things people can afford, both physical and mental, are limited. Caligula is lucky since he is the Emperor of Rome, can get everything he wants physically and most of the things which he eager mentally. He reaches his climax (spiritual) easily. But, since this superiority and the existence of Drusilla, he is more grievous than any Other. There are several explanations: People’s jealousy, People’s ignorance, or anything in the world. It is hard to reach his climax for the second time, as he already reached it once. People only admire that he already reached human’s climate, but nobody cares about how he can exist after climate. He is far from joy, eternally.

Destiny is unchangeable, though people can decide for themselves, which seems to bring meaning to their life. (This is also why Camus did not admit he is an existentialist.)

“Men die; and they are not happy.” Suicide is the only way to get freedom.

As a play, it is more “showing” but not as other literary works are “narrating”. The theme of Caligula and that of The Stranger are the same. However, Caligula chooses a more powerful way--showing but not narrating. The difference between these two forms is essentially the same thing as the difference between philosophy and literature, which of each represents logical sense and emotional structure. In most the cases, literature can cover philosophy, especially to Camus, who is both a philosopher and a novelist, since the reason why literature becomes literature is it does not satisfy only with logic which equals to philosophy but builds upon philosophy to touch beauty and truth. Beauty equals truth, the highest purpose of philosophers and novelists. Literature has an emotion layer (or dimensionality) which philosophy does not have, this is the machinery foundation of more complex and “further” representations and expressions, including the beauty, the truth, and man or humans. An Analogy with the relationship of literature and philosophy, the form of play can represent all content that the common narrate form can qualify, and also the content that is too complex or “further” to represent by that common form. The view of literature can be divided into three layers: the inner one is basic content, the middle one is knowing of the author, and the outer one is a reflection of readers. The last layer is always ignored, whether by authors themselves or most of the readers. Camus builds two layers synchronously, but these two layers are people who are in the story and the people who are out of the story since Camus himself can be considered as one of the readers ----the reason is mentioned at the beginning: Caligula should be thought as a group of people but analyzes individually, Camus as well. Therefore, the two layers respectively are Drusilla and Caligula with others in the play and Camus and strangers with others in the true world. It’s easy to show any one of them in a common narrative way, and if these two layers are harmonious is not hard either. However, the problem is that these two layers are completely contrary. Readers are different. They can be similar to Camus as a stranger, which means they will have a reversed view of the story with common people. Moreover, some readers may convert their past selves, flourishing their spirit of strangers. This is the most contrary situation--these readers need to undertake the contradiction inside each layer and also suffer from the contradiction between these two layers. Even to most people, observing or just knowing Caligula’s world is an extremely impact. All these people need and necessarily and inevitability confront with other groups of people, as well as Caligula confront with the others in the book. This confrontation inside readers is too powerful to hold by a common narrative method. Considered the character of this contradiction, which is built upon man and humans, the form of play can show them maximally since no language, but only man there. Too much language, especially narrative and descriptive language will absorb the impact of contradiction. This is why the form of play is the base of this entire work. 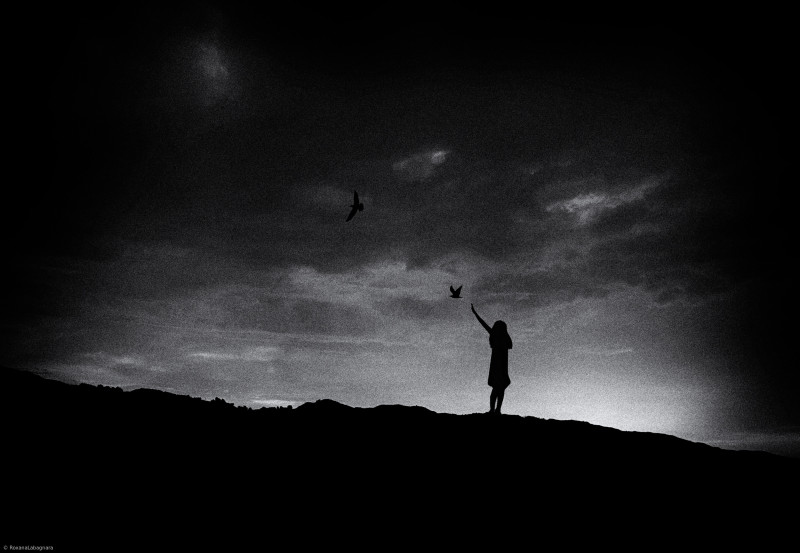 This play is important to me. This is the first section of my analysis, and later I will submit more.