Scientific and technological advancement in the past decades has brought us with inconceivable efficiency. However, like an Eden Garden, what accompanies scientific salvation is the unfathomable sin – the slumbering moral issues. In 2001, the tension of science against morality had been so tight that the discussion was elevated to a national platform. The agitation it brought was tremendous: President George W. Bush published his speech “Remarks of Stem Cell Research” specifically addressing this paradox. Bush’s speech is frequently criticized as hypocritical for his final decision sponsoring the research. On the contrary, I held an opposite view when reviewing the speech: President George Bush had accomplished his responsibility as the leader of the nation. His skillful strategies helps him to arrive at an apex of balance and verbal potency. Today, I am going over the speech to discuss how Bush arrives at his standpoint, in addition to my own view over the morality concern of embryonic research. (I strongly encourage you to take a look at the speech while I go over it! Remarks on Stem Cell Research )

In “Remarks on Stem Cell Research” by George W. Bush, President Bush addresses the ongoing debate on the utilization of embryonic stem cells. The speech is divided into three parts: an introduction of the embryo program, a comprehensive dual evaluation, and a federal decision confirming the research. In my opinion, Bush's speech is effective in that it not only institutes credibility by propelling potent evidence towards his final standpoint, but it also eases national tension by circumventing potential criticism with multi-perspective considerations. While moralists may criticize Bush for being hypocritical in his final decision, I hold empathy and reaffirm Bush’s perspective—for he fulfills the president’s responsibility in assuaging national tension, and he reasonably justifies his standpoint advocating the research—which even strengthens my belief in social darwinism.

Perceiving Bush’s speech in a bigger picture: by utilizing various literature strategies and exploiting humanity defects, Bush masterfully triggers audiences’ attention and guides them along his logical path. Bush exaggerates the perplexity of embryonic research by analogizing a national issue to citizens’ daily life–from “national debate” to “dinner table discussion”–the relating promptly engages audiences in the conversation. “Your tax dollar” is another straightforward indictment that elicits widespread attention among the populated taxpayers group.. In addition, human instinct propels peoples’ tendency to care about ownership, especially when those properties are handled by politicians, for underlying suspicions are most conspicuous and sensitive towards politics. Bush overturns human frailty and skillfully employs it to achieve his goal of capturing attention. Bush then moves on to extrapolating facts, weighting opposing viewpoints, and gradually deliberately exposing his own thought process in order to avoid radical criticisms. Bush is cunning at guiding audiences towards his evaluation mindset. He diverges substantial facts into an evaluation of a deeper, emotionless topic to promote rational thinking. Parallels between embryo research and science elevate the topic into a deeper discussion of science against morality. Without a substantial reference to tender embryos but instead to tepid science, Bush averts audiences from holding potentially excessive sympathy for embryos. Bush appeals to the audiences' sensibility to think rationally, which in turn assists him in leading the audiences unawarely towards his final decision. In the last phase of the speech, Bush carefully announces his decision to “proceed but with great care” by conceding to the opposite moralist side. He compensates by enacting “the president's council” and promising “appropriate guidelines and regulations”. Bush extends his empathy and multi-perspective thinking towards the negative aspect of embryonic research, therefore compromising the potential radical moralists and providing a comparatively neutral solution to the nation.

Bush’s hypothesis on resolving tensions between moralists and scientists is extremely useful because it creates a model balance of head vs heart. Bush substantiates his speech and mitigates national tension by exerting cogent facts, multi-perspective thinking, and concessions to both sides. The speech administers an effective ethos, thereby fortifying my belief that rationality should take the lead over sensibility to guide human beings towards progressive change. Credibility is constructed throughout the speech with expertization and constant reference to multi-perspective thinking. Bush accentuates his deliberateness by enlisting and paralleling his endeavor, “I have asked… I have read… I have given… I have found”. In making this comment, Bush transmits ethos towards audiences and positions himself as a prudent politician. Furthermore, Bush constantly refers to experts by quoting “they say” to strengthen ethos: “researchers are telling us”, “leading scientists tell me…lead break through”, “scientists believe further research…great promise”, “most scientists believe that…most promise”. Bush frequently switches from “I say” to “they say” with the former apparent signs to stress the fact that embryonic research is promising, thereby imperceptibly luring neutral audiences towards his standpoint–stem cell research should be advocated due to the great potential, and science should take priority over trivial moral issues if being hopeful. Bush’s delineation authenticates his knowledge of embryonic research; his demonstration of facts made his argument uncrustable. Just like Bush, I buttress that science should prevail on morals. However, unlike Bush, who considers and defends the opposite side, the moral issue here does not hold water for me.

My definition of a human being is one who possesses thoughts and emotions, which do not exist even in embryos. Bush’s parallel and evaluation between science and sacrifice is well-founded, as I recognize social progress to be built on necessary sacrifice. I concede that minorities’ sacrifice may seem cruel as “social darwinism'', but society needs the grit of risk-taking to evolve. The government’s task, by the same token, is to minimize the affliction of those distinct groups, which is later fulfilled by Bush.

Broadly viewing American history, from the Independence War to modernization, national and social progress are indisputably built on minorities’ sacrifice and risk-bearing. The uncertainty prior to reforms, in juxtaposition, actually extended the boundless potential. World War I brought out women’s reforms but encroached on citizens with outlast bloodiness; the industrial revolution financially boosted America towards the world-pioneer but foreshadowed capitalism, which later shrouded the impoverished with plagues for years. None of those advancements were assured until they substantially succeeded. Therefore, under the slumbering potential, those sacrifices are undeniably necessary but worthwhile. Looking back at the stem cell research, although some may argue that the research is “wasting [embryos] potential” and that embryos should be used for “more [certained] purposes”, I perceive the research as necessary just because of its uncertainty and potential. Human beings should be fighting for a better future by fulfilling their superego and having the courage to face loss and challenges. I admit that love and sympathy brightens society; however, averting imminence can never be a long-term solution. Chronically stumbling and fearing loss will only put one at the rim of plagues, just as Mandela said: “Courage was not the absence of fear, but the triumph over it” (Mandela).

Therefore, combining Bush's knowledge with my own belief in progressiveness, I strongly agree with Bush’s decision in advocating for embryonic research. Bush’s speech is convincing, extensive, and insightful, demonstrating multi-prospective and compassion towards the vulnerables. Bush establishes a model presidential figure consisting of both sensibility and rationality; his accomplishment of balance is undeniably considerate and adequate. 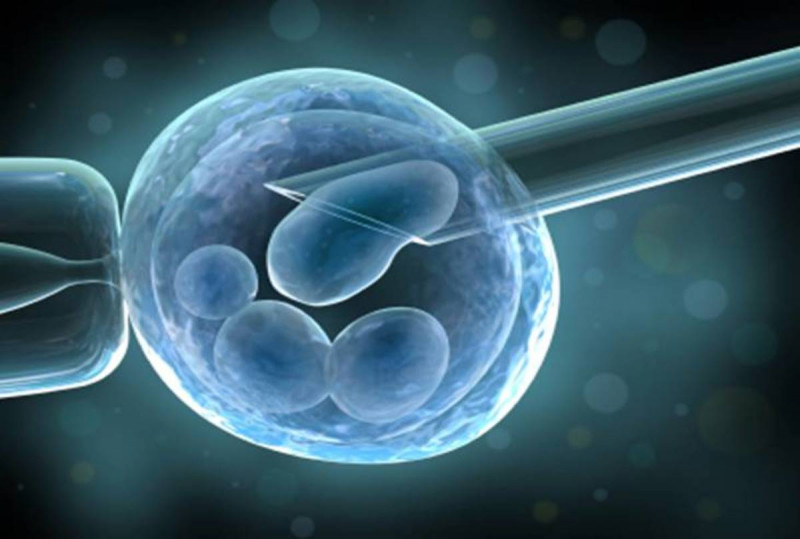 In this article, I am responding to George W. Bush's speech of stem cell research. Bush's speech has been long debated for being hypocritical. I have some personal opinions over this piece and the general scientific advancement hat I really want to share with the others.