The Power of Personality in | Teen Ink

The Power of Personality in

It is generally recognized that the characters of Lord of the Flies are primarily symbols of civilization and savagery, but do they hold up as individuals? Using Carl Jung’s sixteen personality types, and the Isabel Briggs Myers test, we can now analyze the children of William Golding’s story in a new way, and compare their traits to our own.

For this analysis, we will focus on Ralph, because, as the symbol of democracy and justice, he is the character most readers identify with. He is clearly extroverted, acting as the group’s leader and spurring on “ … an election, by acclaim of Ralph himself” (Golding 22). He is more “sensing” than “intuitive,” relying on the practicality of building a fire when first thrown on the island (Golding 44). He is also often driven by great feelings of sorrow for the other boys, “[weeping] for the end of innocence, the darkness of man’s heart … ” (Golding 202). This leaves much of the deductive reasoning to his second-in-command, Piggy. Ralph is, however, very logical with decision making, a sign of a Judging personality trait. One of the most strong-willed statements of the novel is Ralph’s line, “Because the rules are the only thing we’ve got!” (Golding 91). It clearly defines his strong belief in structure, which is also made obvious with the conch he uses to keep the island running smoothly.

This makes Ralph an ESFJ personality, otherwise known as a “Consul.” The defining characteristics of this group include “[basing] their moral compass on established traditions and laws”, “[trying] to restore harmony and stability to the group”, “[being] a role model”, and “upholding authority and rules” (ESFJ Personality, Myers). All of these traits are seen plainly and consistently in Ralph, and often and are considered very well-liked and socially respected on the official website, which can help explain why Ralph was considered fit to be leader in the novel, and why he is so understood and appreciated by readers. The other two central characters fit plainly into categories as well: Piggy is likely an ISTJ, or “Logistician”, as he is more rational and reserved than Ralph, but otherwise very similar. Jack, meanwhile, is most likely an ENTJ, or “Commander”, as he demonstrates the extroversion and leadership skills also possessed by Ralph, without the equal capacity to understand the complexity of situations or the emotions of the boys around him. It’s almost as if the characters were intentionally written to fit the categories, although, as Isabel Briggs Myers would argue, this is true of most everyone, as we all lean towards particular traits.

However, perhaps our minds, hardwired to detect patterns, simply view the similarities from the novel, and are more likely to disregard the rest once we have given Ralph a title. After all, is Piggy truly introverted if he is one of the main speakers at any given conch meeting? Is Jack truly a “Thinking” type, rather than a “Feeling” type, despite the fact that his tribe is built primarily on emotion and urge over planning and thought? When discussing a topic as objective as human personality, all arguments are equally valid. I myself identify most with Ralph, but, when tested, was categorized as an ENTJ like Jack (ENTJ Personality, Myers). And Ralph is especially difficult to define, as he is, first and foremost, a symbol. A symbol of democracy, no less, a concept so complex and viewed in so many ways it would be impossible to give it a universally agreed-upon definition.

So perhaps the characters can be viewed in infinitely many ways, and perhaps a personality test does not clear up the nuance they represent. But it opens discussion over who they are as individuals, and despite the apparent endlessness of that discussion, viewing the characters as humans, and as children, can help us identify with the ideals they represent, and make the message Lord of the Flies delivers that much more real. 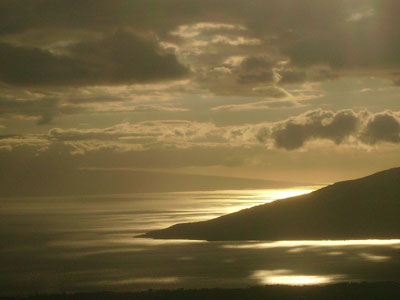 Analyzing the people of "Lord of the Flies" as, you know, actual people.