We Free the Stars by Hafsah Faizal | Teen Ink

We Free the Stars by Hafsah Faizal MAG

We Free the Stars by Hafsah Faizal is the sequel every author wants to write. Full of magic, romance, intrigue, friendship, and family, this novel picks up directly after We Hunt the Flame, the first book in the Sands of Arawiya Duology. The two main characters — Zafira and Nasir — have just begun to deal with the loss they battled on Sharr, but they have released a new foe who will stop at nothing until he retrieves Nasir’s throne. Forced to return to Sultan’s Keep, they battle monsters physically and within, desperate to restore magic to Arawiya.

Inspired by the rich folklore of Ancient Arabia, We Free the Stars expertly combines popular YA fantasy elements with a stunning backdrop for a unique story. The writing is lyrical and passionate, with prose so lovely that the reader will wish they could frame every page. The villain has clear and logical motivations, making him easy to understand, despite the atrocities he commits. The main cast of characters have defined personalities and diverse backgrounds, bringing together different aspects of their world.

Zafira, the Huntress of Demenhur, spent most of her life hunting in the Arz (a malevolent forest) to support her community. Though she gets amazing character development in We Hunt the Flame, this book is where she comes alive. Zafira battles with her sanity and free will, crafting a narrative that remains intense throughout the entirety of the novel. I loved how Nasir was the only one who could pull her back from the brink, and though their romance was amazing, I appreciated that it was never shoved down the reader’s throat.

Speaking of Nasir, the Prince of Death managed to steal the spotlight once again. Forced to return to his childhood home, he battles both the past and present as he attempts to become the sultan Arawiya needs. His throne was never taken for granted, and the fact that he mirrors the main villain in power adds another intricate layer to an already stunning masterpiece. His desire to protect Zafira, mixed with his understanding that she needs to be independent, secured their romance as one of the healthiest in YA Fantasy, especially considering it started as enemies to lovers.

The side cast of characters — if they can even be called that — were just as well developed as the main pair. Kifah especially had her moment in the sun: the revelation about her sexuality never reduced her to a stereotype or seemed like a forced add-on. Altair, for all his snark and charisma, remains layered and deep. Zafira’s younger sister, Lana, was an ingenious addition to the main cast, for she forced Zafira to come to terms with the fact that Lana had grown up, and that how we view people is not always how they are.

In addition to the amazing cast of characters, the plot stood out. Without a dull moment, it dug hooked claws into the heart of the reader and dragged them along until the end. Every chapter felt important to the story as a whole, and every page served a purpose. Despite the longer length of the book, there wasn’t any wasted space. The use of extreme emotions — including anger and grief — brought a fantastical story into the real world. Even if readers can’t relate to wielding swords and spells, they can certainly find themselves in the feeling that powers the novel. Overall, We Free the Stars is an achingly human fantasy: an edition every YA lover will want to put on their bookshelves immediately. 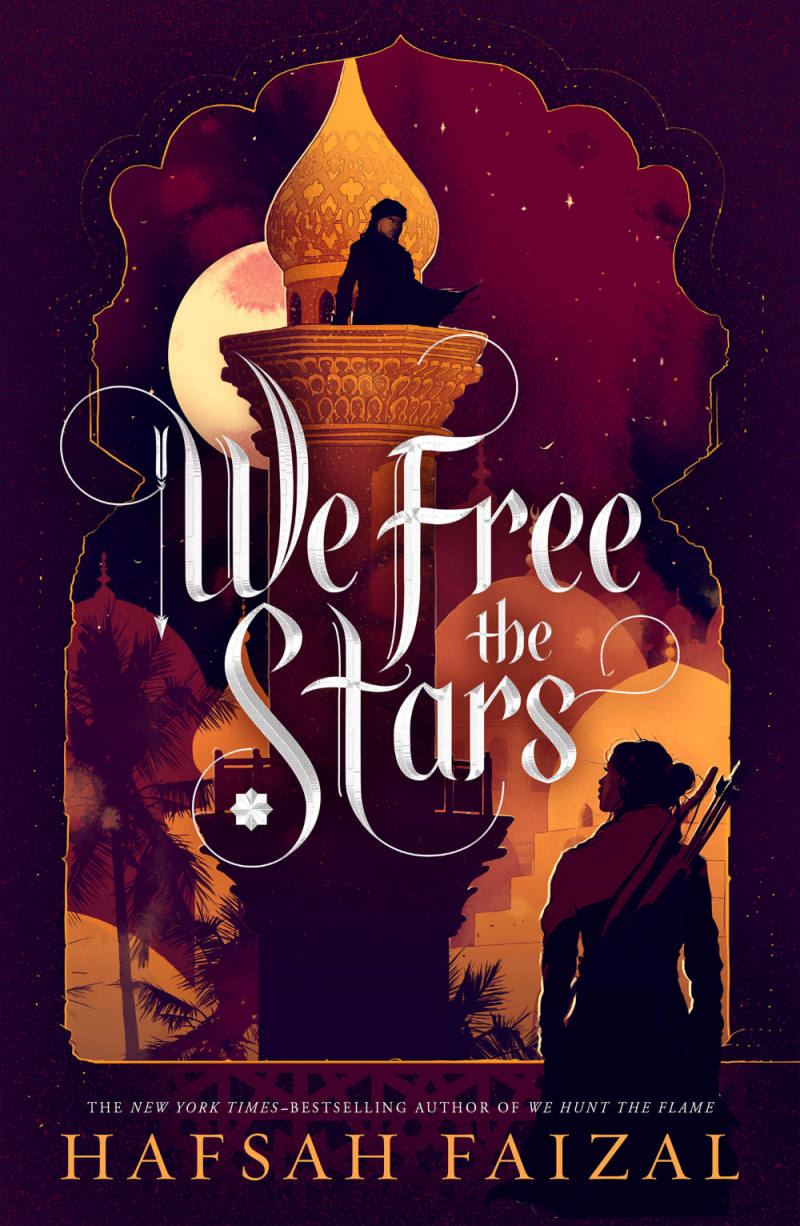 We Free the Stars is a truly amazing sequel!