Favorite Quote:
"Education is not the filling of a pail, but the lighting of a fire"

During WWII, films were a key part of the Nazi propaganda strategy. Because film production was still in its infancy, Nazi-produced films were the only films consistently available to East Germans, making them very effective at bolstering German nationalism during the war. The combination of censorship and propaganda, such as the burning of anti-Nazi newspapers and the banning of anti-Nazi radio news, empowered the Nazis to have complete control over the public discourse. Similar to North Korea’s modern propaganda with Kim Jong-un, the Nazis glorified Adolf Hitler by broadcasting his speeches on public loudspeakers, pasting his image on posters, and producing films that projected strength and success to the public. These parallels between modern North Korean propaganda and Third Reich propaganda are not coincidental, and the use of propaganda by such dictatorships that commit humanitarian crimes has been researched extensively by historians.

What has been significantly less examined, however, are the parallels between the propaganda techniques of Nazi Germany during WWII and West Germany after WWII. Although censorship was less common in the democratic West Germany, propaganda, or the “constructive content of nation building,” was a crucial part of their strategy in garnering support for democracy (Uelzmann 23). Jan Uelzmann’s Staging West Germany Democracy comprehensively explores the films produced by the West German government, their effectiveness, whether they can truly be called propaganda films, and whether they can be compared to propaganda under Nazi Germany.

In the Introduction and Chapter 1, Uelzmann gives context on the Nazi propaganda films, assisting readers unfamiliar to the subject to follow along without difficulty. For example, the propaganda films Newsreel and Kulturfilm, both of which were used by the Reich Ministry of Public Enlightenment and Propaganda, were the main components of the Nazi propaganda system. Joseph Goebells, the chief propagandist for the Nazi party, and his ministry helped decide the topics covered in these short propaganda films.

Uelzmann also depicts the differences of these propaganda films for Nazi Germany and West Germany. For instance, the purpose of the Nazi films and the West German films was very different. The Nazis wanted to win the war, and they wanted to use the films to increase support from their own public. The democratic West German government, however, “sought to discredit Nazism, educate about its crimes, and to cultivate democratic responsibilities (Uelzmann 22). As a reader, knowing this context helped me understand the nuances that Uelzmann explores within  the films. I also found the effort to persuade West Germans fascinating because the Nazis also used government-produced films to spread the opposite message. Even more fascinating is the role of former Nazi filmmakers, whose revolutionary film techniques were often used in the West German films. There’s even evidence that a few Nazi filmmakers directly worked to produce films for West German democracy in exchange for post-war freedom.

Uelzmann also effectively portrays other important differences between West German Public Relations (PR) Films and Nazi propaganda films, including their content and messaging strategy. For example, the West German PR films were very inclusive, encouraging all Germans to support their democracy, regardless of their race or cultural identity. This clearly contradicts the Nazi message, and Uelzmann uses this fact to further his argument that the West German films can’t be directly compared to Nazi propaganda. Uelzmann’s second contention argues that the West German PR Films can also be viewed as educational. Germans previously under Nazi rule were unfamiliar with democracy, and in spite of the fact that the West German PR Films presented democracy in a favorable manner, that itself does not make the films propaganda. I agree with both of these points, and I thought Uelzmann’s inclusion of historical interviews and film reviews strengthen his argument. I also liked how Uelzmann acknowledged and thoroughly explains the opposing argument: the PR Films were propaganda because they were used by the Adenauer administration as an extra level of direct communication to the public.

Uelzmann admits that the West German PR Films served as an effective tool for the Adenhauer administration, and they gave the administration another opportunity to explain their vision for the future and policy decisions. In particular, the PR Films helped persuade skeptical Germans of the benefits of West Germany’s close ties with the US, Britain and France. Unsurprisingly, West Germans didn’t immediately support Adenhauer’s foreign policy because throughout all of WWII, West Germans were exposed to Nazi propaganda criticizing the Allied Powers. Now, West Germans were suddenly being told that years of messaging was untrue and that actually, the US, Britain and France were not the enemy. Uelzmann acknowledges that without the PR Films, it’s unlikely West Germans would have been so receptive to these new relationships so quickly. Still, Uelzmann argues that the educational use and inclusivity makes the West German films very different from the Nazi films.

It’s also important to recognize the difference between the Allied re-education films and the West German PR films, both of which are often lumped together in comparisons against Nazi films. Although both types of films overlapped to explain the post-WWII alliance between West Germany and the Allied powers, they still served different purposes. Allied re-education films mainly focused on eliminating Nazi ideals from the German public, while the West German PR Films attempted to justify Adenhauer’s foreign policy, of which strong relations with the US, Britain and France were a key element. In great depth, Uelzmann explores the PR Films discussing West German foreign policy and their effectiveness in chapters three through six.

After reviewing many historical films and documents from the mid-20th century, Jan Uelzmann has produced an enlightening novel that not only makes for an entertaining read, but also adds valuable research for the academic community. I thought his comparisons of the West German PR Films, the Allied re-education films and the Nazi propaganda films give readers a nuanced perspective. Additionally, Uelzmann points out differences in purpose, inclusivity, and morals to argue that the West German PR Films were different from the Nazi propaganda films. I also thought Uelzmann’s analysis of past documents and post-film polls to determine the effectiveness of films in shaping public opinion, both in the short and long term, was very thorough and accurate. As a student interested in contemporary Germany, I strongly recommend Staging West German Democracy for anyone looking to further their knowledge of West German cinema during and after WWII. 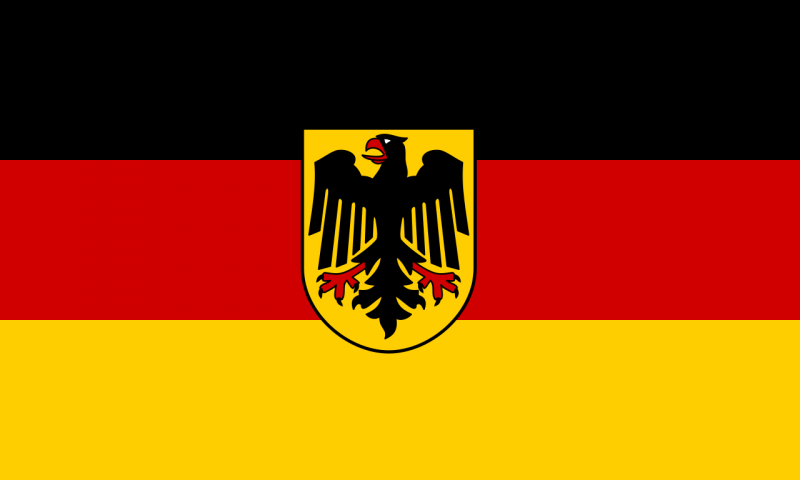