After the Berlin Wall | Teen Ink

After the Berlin Wall

Favorite Quote:
"Education is not the filling of a pail, but the lighting of a fire"

Hope M. Harrison’s After the Berlin Wall thoroughly explores the memory of the Berlin Wall and its impact on the present-day national German identity. The novel starts fast, explaining Günter Schabowski’s infamous press conference error. For context, the German Democratic Republic (GDR) was under significant pressure leading up to the fall of the Berlin Wall. Strict restrictions had made leaving East Germany virtually impossible in the decades prior but in early 1989, thousands of East Germans successfully escaped into Austria and Czechoslovakia. GDR leaders, cognizant of the dramatic increase in escapes, set up a press conference on November 9th, 1989 to introduce a more liberal travel policy. Schabowski, the GDR’s public relations minister, had received a note describing the new policy before the press conference but because he hadn’t read it closely, he incorrectly stated on live television that any East German could leave for West Germany, effective immediately. Now in reality, Schabowski’s error wasn’t that grave. The new GDR policy would have allowed any East German with a passport to leave the country, and passports were very accessible. But still, Harrison’s inclusion of all the seemingly insignificant details in the buildup to the press conference lets readers relive the moments before East Germans frantically scrambled into West Berlin. By introducing Schabowski’s error, Harrison gives readers the necessary backstory for one of the most famous nights in German history.

In Chapter 2, Harrison transitions to the novel’s main focus, the memory of the Berlin Wall. To examine this memory, Harrison focuses on historical sites and dates, starting with the Berlin Wall Memorial, arguably the most famous historical site associated with the wall. Throughout the novel, Harrison consistently introduces each topic thoroughly, which makes the novel very readable for readers unfamiliar with the topic. When discussing the Berlin Wall Memorial, Harrison describes the overwhelming feeling of Germans to quickly move on from the Berlin Wall and the crucial role of “memory activists” to “counter the majority impulse (Harrison 73).” Harrison uses interviews with Pastor Manfred Fischer, a memory activist who was critical to the Berlin Wall Memorial project, to communicate his passion for helping people who felt “down-and-out (Harrison 76).” Similarly, Harrison also discusses the “uphill battle” Helmet Trotnow, a historian at the Deutsches Historisches Museum, faced in persuading his associates who believed the Wall should be “left in the past (Harrison 84).”Though Harrison remains unbiased when addressing political leaders and controversial topics, her gratitude for Pastor Manfred Fischer and Helmet Trotnow’s work to create the Berlin Wall Memorial is understandably noticeable. For me, I had the same feelings internally while reading of their accomplishments, and I liked how her personal touch adds another dimension to the novel. After describing the leading memory activists for the Berlin Wall Memorial, Harrison discusses the struggle to gain federal funding for the Memorial in Chapter 3, despite the Bundestag Commission’s strong support for additional recognition of the Berlin Wall. Specifically, their report stated that “remembering both dictatorships” (Nazi and GDR) is important for “democratic self-conception in United Germany (Harrison 128).” The report also suggested the commemoration of important historical dates, stating that “historically important anniversaries are necessary for a democratic state” because they “can make visible the democratic and national self-image of Germany (Harrison 129).” For the Berlin Wall, Harrison focuses on two main historical dates: August 13th, 1961 (when construction of the wall began) and November 9th, 1989(the “fall” of the wall). Through Chapters 4 and 5, Harrison gives additional context about these two dates, including an analysis of the original construction documents of the Berlin Wall death strip. Harrison also discusses the conflicting narrative over November 9th in German history. One would expect November 9th to be celebrated for the fall of the Berlin Wall but November 9th, 1938 was the night of a large-scale Nazi attack of Jewish synagogues and businesses. Additionally, Hitler marched through Munich in a failed coup attempt on November 9th, 1923. Unbelievably, there was another November 9th, this in 1918, that has historical significance. A revolution on November 9th, 1918 forced Kaiser Wilhelm II to resign, which helped end WWI on November 11th, only two days later. The depth of Harrison’s research and her inclusion of details from German history, even those unrelated to the thesis of her novel, help readers develop an informed perspective on November 9th’s in German history and the memory of the Berlin Wall.

Although Harrison’s support for memory activists is evident throughout the novel, I liked how she also acknowledges why many Germans didn’t support the use of state-resources to commemorate the past. After German reunification, Germans wanted to project an image of freedom and unity. The Berlin Wall, which symbolizes repression, directly contradicts their desired post-unification image. Additionally, there was division within Germany on how to commemorate the Berlin Wall. The dominance of West Germans over post-unification Germany has made East Germans less comfortable in continuing to discuss their past life under Stalinist totalitarianism. Further, there’s an even larger divide between East Germans who were victims of the wall and East Germans who helped enforce it. Former Stasi desperately want to move on while East German families that were separated support additional recognition. Personally, reading about the many layers to this cultural conflict was my favorite part of the book, and I  thought Harrison did a terrific job explaining everything clearly.

By reviewing historical documents and films, conducting interviews with key memory activists, and addressing multiple perspectives, Hope M. Harrison combined the methods of historians and sociologists to produce a readable and informative novel on the commemoration of the Berlin Wall. Harrison gives detailed context for each topic, making the novel very informative, even for readers with limited knowledge of the Berlin Wall. Further, she explores the four November 9th’s in German history and the controversy over acknowledgement of the Berlin Wall in great detail. As a German-enthusiast, I really enjoyed reading this novel and I highly recommend it to anyone interested in learning more about the Berlin Wall and the impact of its memory on present-day Germany. 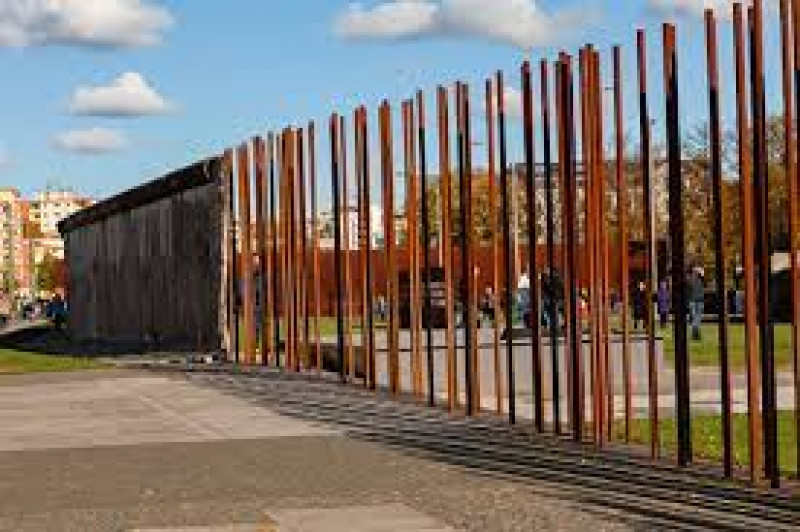 I'm Lakshman Sibal and I'm a rising senior at the Edgemont High School. I've studied German culture through high school, and I'm very interested in contemporary Germany. I'm research cultural changes after German reunification extensively, and I highly recommend this novel to anyone looking to further their understanding on the memory of the Berlin Wall.