Hallucinatory is the best word to describe the entire theme of Ubik. Term reality is ambiguous in the book due to the advancement of corpse conservation, which can store people in a cold-pac and maintain them in their half-life. This state blurs the boundary between being dead and alive by placing people in a dreamlike environment of suspended animation, and it is also the premise for the entire story. In one sense, it interferes with the natural cycle of birth and death. In the state of half-life, no one can definitively say it is the state of death or life. It could also incur many theological discussions like the existence of souls and the collisions between technology and God’s plan. So this text casts profound questions that are still highly debatable till now.

In 1992, Glen Runciter ran a lucrative incorporation of anti-psychics against psychic spies, who possess unique powers like precognition, telepathy, etc. However, Runciter and his employees were ambushed by a rival in one mission. Runciter’s employees had to put him in a cold-pac to maintain him in half-life form, but he still expired. After Runciter’s death, his fireteam also began to experience some peculiar phenomena. Things started fading and withering slowly around the surviving members, such as cigarettes breaking apart instantly when Joe Chip, one of the main characters, holds it, milk becoming stale immediately, even the whole city moving backward in time. This deterioration also haunted humans as time went by. Tiredness would engulf the body and eventually turn it into a mummified corpse. Meanwhile, the manifestations from Runciter appeared on coins and commercials from nowhere, leading Joe Chip to find the Ubik, a spray that can slow down the regression, and solve all the mysteries.

Philip Dick introduces many different surreal abilities at the beginning of the book and even depicts one specific power in detail. However, these powers are just hooks; they cannot help the protagonists to reach the truth behind the chaotic reality. The story has many unexpected turns, making the book wildly counter-intuitive. When the reader thinks of the conspiracies behind other companies that might cause these weird phenomena, Dick will spoil the fun. He will present entire other startling reasons and causations to the reader. When the reader finds the “truth,” Dick will display a new scenario to ponder. It is hard to anticipate the upcoming events and reason by ourselves; readers have to follow Dick’s writing to find out the truth behind everything, or, I should say, the truth that they tend to believe. The story is open-ended, leaving massive room for readers to interpret. Is Runciter still alive? Is Joe Chip still alive? Who is the one that is actually in his half-life state? This book reminds me of a great movie directed by Christopher Nolan, Inception. Dom Cobb, a thief who can implant thoughts in others’ minds, is stuck in a stratified dream in the movie. Cobb can hardly wake up from a dream and go back to reality because a dream is highly similar to reality. Nevertheless, a spinning top in the movie can indicate the differences between a dream and reality; if the top ceases to stop, it is a dream, then vice versa. After surmounting numerous difficulties, Cobb finally wakes up on a recliner. Is this the reality for Cobb? He spins the top; then he watches it turning. Does it stop? No one knows. Dick creates a similar ambiance for his readers to examine and think. Dick gives everyone hints and chances to puzzle over to develop their satisfying ending, which adds plenty of interests, tensions, and deeper meanings to the text.

Dick sheds much ink and effort on the depictions of his characters and background settings. As a reader, I can visualize the author’s information readily, which makes it enjoyable to read his work. From the diverse car brands to the shifting styles of architecture, Dick attempts to construct a society that has experienced time regression, and he did a great job. From an advanced aircraft to the Willys-Knight, from an intelligent conapt, a suite, to an obsolete pharmacy, Dick thoroughly portrays objects from different periods, providing readers with an immersive reading experience.

In brief, Ubik’s story is unsettling, and you can expect twists at any time. At the same time, this text also offers you a perfect time to contemplate the existence of individuals and the conflict between man and God. 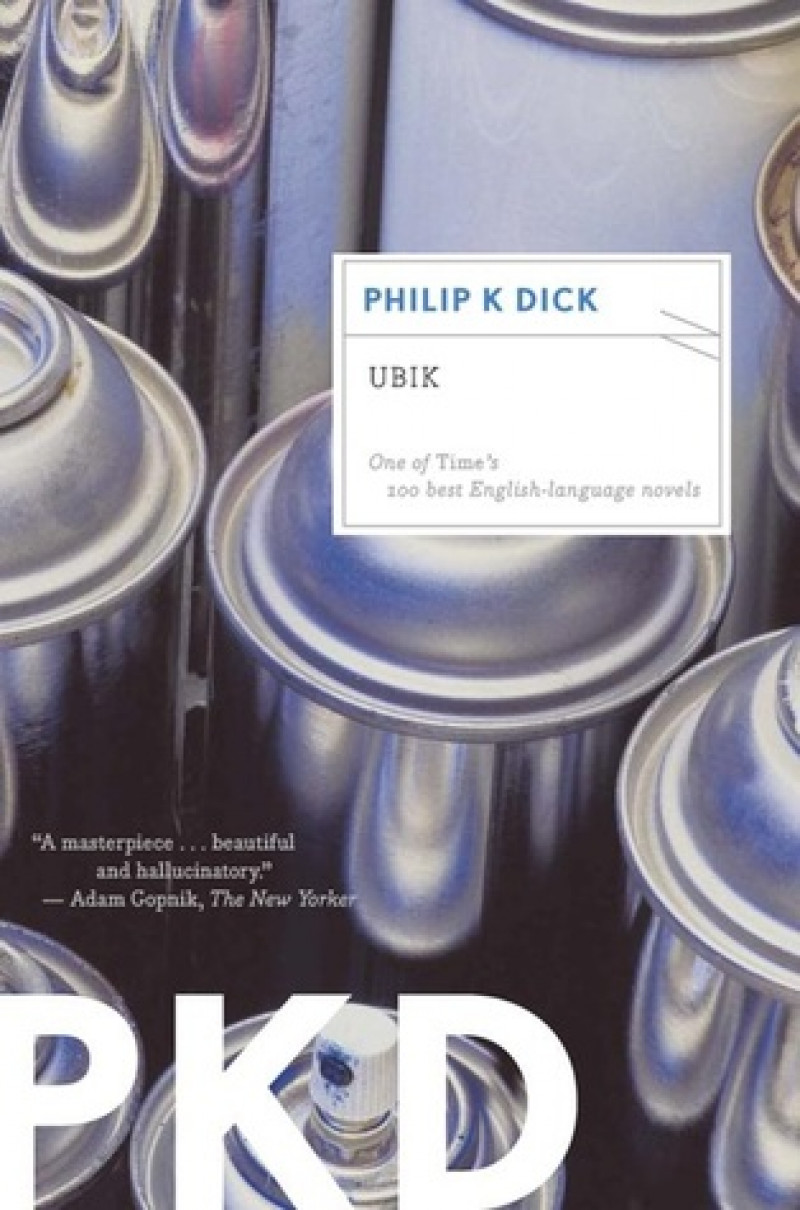 This is an interesting book that can make everyone contemplate. It is also kinda similar to some modern philosophies that doubt the existence of ourselves.

View profile
Good work getting this neatly-presented review on editor's choice...👏🏻👏🏻👏🏻
Note to self:- I MUST read this book...