The vegetarian is a South Korean novel written by Han Kang. This book won the Man Booker prize in 2016. She was inspired by her own short story, the fruit of my woman and decided to author this three-part novel. This novel revolves around a woman called Yeong Hye, who, in the beginning, is an ordinary, docile, responsible wife. Nothing about her is remarkable. One day, she gets a dream akin to not eating meat; gradually, it leads her to madness transcending limits. The story is not told from Yeong Hye's perspective, so we never really know what her incentive was for becoming a vegetarian. The story is narrated through her brother-in-law and sister. These characters speak of what happens to Yeong Hye when they are around.

Family members and society abuse Yeong Hye in unspeakable ways as she gives up meat. For example, when she goes to a dinner party with her husband after giving up meat, all the people at dinner ambush her saying that meat-eating is a fundamental human instinct. When her father finds out about Yeong Hye's vegetarianism, he mashes a piece of pork directly into her mouth. When she refuses to eat, he ends up striking her. Consequently, Yeong Hye slits her wrist. Yeong Hye's husband is indifferent from the beginning towards her. His lack of ardour towards her makes him leave Yeong Hye as soon as she loses her dutiful normalcy.

In-Hye, Yeong Hye's sister, is quite a memorable one for me. Even though what Yeong Hye does hurts her life, she forgives her and considers her more important than the problems. In-Hye tells Hye Yeong that she too has dreams, but she is clear that dreams should not melt her away from reality.

Human cruelty is outlined very well in this masterpiece. Just because a person gives up meat, they should not be subjected to such animalistic treatment. The same holds in opposite situations where people are subjected to cruelty because they are meat/beef eaters. Incidents have been reported in India in the recent past, where right-wing extremists are lynching people for consuming beef.

The author, Han Kang, associates Hye Yeong with a plant for a reason, I believe. Plants stand, giving us oxygen, flowers, and fruits. But we cut them and use them for our purposes. Yeong Hye is like a plant from the beginning.; she is quiet and bars herself from all worldly problems, but people abuse her for her vegetarianism. 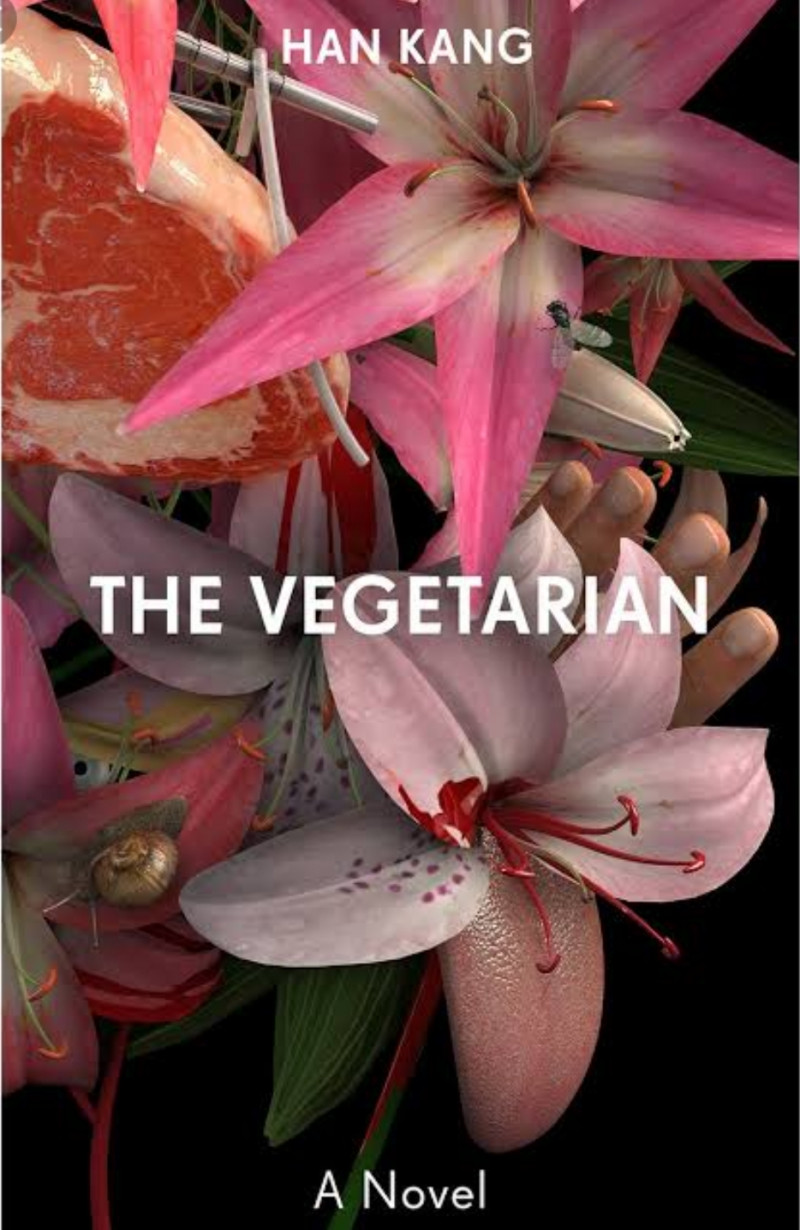