A young law student called Mitch McDeere, who comes third in his class at Harvard, joins a small firm in Memphis because they promise him a bright future, and they also provide him with a lot of comforts like a car and a lovely house with a lawn. Mitch and his wife Abby become incredibly happy; their lives seem ethereal.

Mitch gets busy. He works almost ninety hours a week, and Abby starts feeling distant from him. Mitch manages to pass the bar exam, and after that, he starts getting suspicious of the firm's activities as he finds secret files in their condominium at Cayman's islands. And one more peculiar thing Mitch notices about the firm is no lawyer who has entered the firm has ever left. They either retire or are killed somehow.

But McDeere pushes all the negative off his mind, and he keeps working diligently. But unusually FBI starts contacting him. They explain that this lovely little firm is part of a more prominent criminal organisation called the Moretto crime family, which runs many illegal businesses like drugs.

Mitch finds out that his house is bugged, the car is bugged, and he starts getting afraid. Mitch and his wife Abby finally accept to help the FBI access the secret files. In return, they expect money, protection, the release of Mitch's brother Ray McDeere from prison. The firm gets sceptical about Mitch and starts watching him more carefully. A close associate of the FBI discloses to the firm that Mitch McDeere is working for the FBI. As soon as Mitch knows about this, he flees to various places with his brother and wife. At last, they end up at the Cayman Islands enjoying their life. And FBI puts more than half of the members on trial because of Mitch's evidence.

The firm lures Mitch McDeere as he comes from a poor background, has no father, the mother does not care, brother is in jail. All he has is his wife, Abby McDeere, an elementary school teacher. She never hurts Mitch and always tries to help him in everything. Mitch, too is reluctant to be unfaithful to her. Mitch is not unclever to notice that the firm is vile, but he mistakes their wickedness for generosity. The firm has a fashion of recruiting brilliant students with poor backgrounds. The most tragic thing is that Mitch may never practice law if he gets indicted, but we do not know what happens to Mitch in the future because the author does not mention anything about it.

The portrayal of the firm, friendly and tiny, with a few lawyers who deal with taxes of wealthy clients, is spectacular. The novel discusses the flaws in the legal system, how the firm manipulates even the FBI, how well they hide their nefarious crimes.

The author, John Grisham, is a lawyer who started writing while a student. He wrote several legal thrillers. As he said, John Grisham's writing style is plot-driven and does not focus on describing characters that much. There is a kind of lucidity in this novel, the firm. It feels as if everything is drawn from real life. The firm was inspired by the experiences of John Grisham's friend. The Grapes of Wrath profoundly impacted John Grisham, and he always wanted to be able to write like that. I enjoyed reading this novel very much because of its nail-biting suspense. 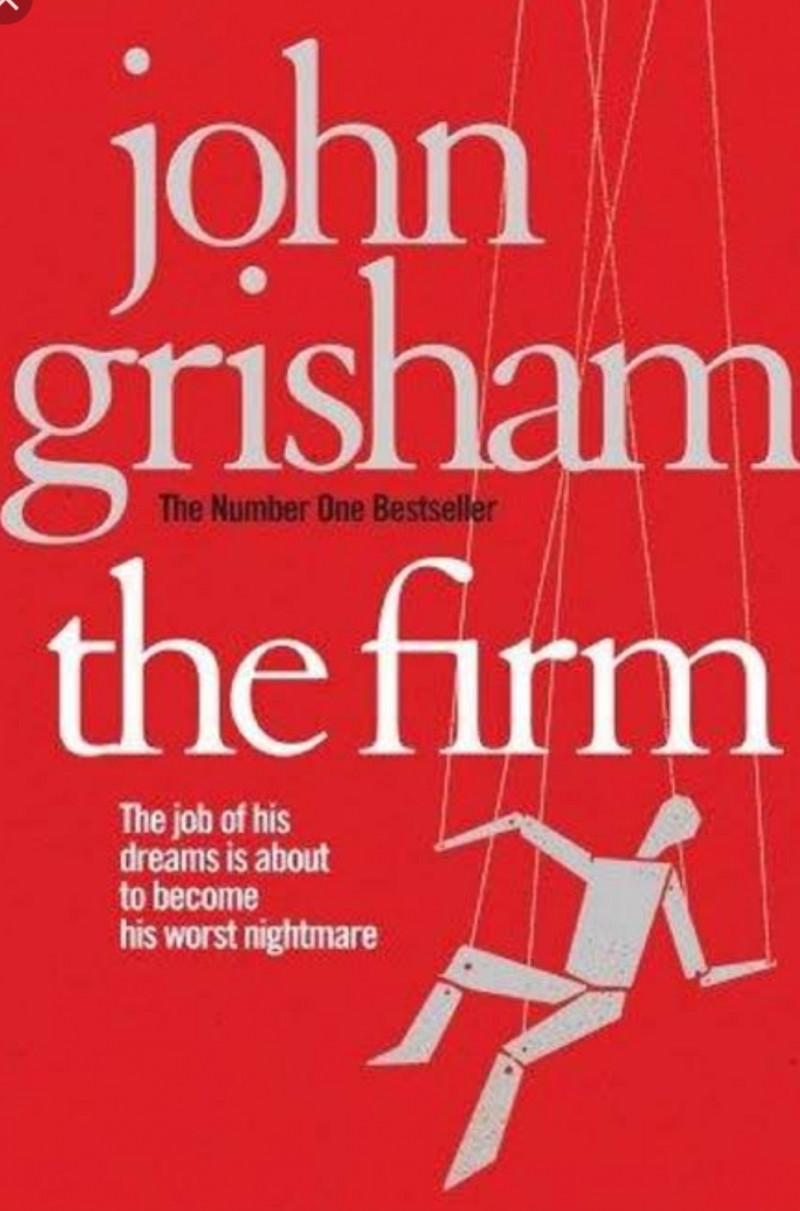