One Flew Over the Cuckoo's Nest | Teen Ink

One Flew Over the Cuckoo's Nest MAG

"You're crazy!" is a common phrase today that often just draws a giggle. But can any person ever be a good enough judge to diagnose another as insane? As Mark Twain wrote, "The way it is now, the asylums can hold all the sane people, but if we tried to shut up the insane, we should run out of building materials." In One Flew Over the Cuckoo's Nest, Kesey does an exquisite job of questioning who can truly judge sanity as well as other societal issues including sexual oppression, rebellion and abuse of authority.

While the book is fictional, it is said to be loosely based on Kesey's experiences working at a mental hospital in the late 1950s. Kesey's life was not dull, since he believed that LSD was a necessity in improving society. Against his will, a movie version of his novel was made and, though very different, it was nominated for nine Academy Awards.

The book itself deals primarily with a small group in an Oregon mental institution under the stringent rule of the ruthless Nurse Ratched. When Randle McMurphy is transferred there, the place is turned upside down. Seeing how submissive the inmates are, McMurphy constantly challenges Nurse Ratched's authority. The inmates soon join in the fun and take part in his gutsy rebellions. Slowly, the patients regain the confidence they lost to Nurse Ratched's condescending ways. Eventually, though, McMurphy learns information that makes even him fold to her authority.

I found I most enjoyed the camaraderie among the patients. When united against a common evil, their bond was deep. The characters, despite their uncommon problems, were likable and surprisingly realistic.

An unexpected ending adds to the book's constant thrill factor, and serves as the cherry-on-top to an already fabulous novel. 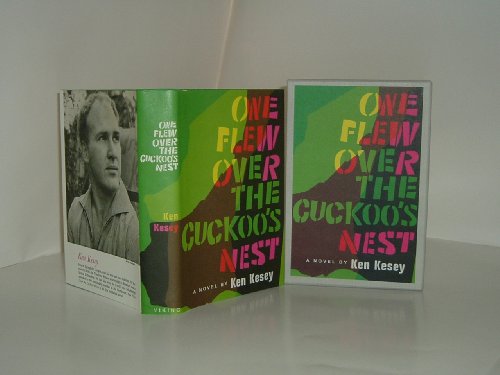 View profile
Wow like always you add a great description your reviews are terrific and i think you are probably hold the most spots in the mag of all time. You're great keep it up. :)