The Story of Forgetting by Stefan Merrill Block | Teen Ink

The Story of Forgetting by Stefan Merrill Block

Favorite Quote:
Every story has an end, but in life every end is just a new beginning!

The Story of Forgetting Book Review

I traveled through time and sorrow, with the novel The Story of Forgetting by Stefan Merrill Block. I grieved along with Seth and Abel suffering heartache and family dilemmas. When twin beothers fall in love with the same woman named Mae it’s spells out heartache and deceit. Abel fell in love with his twin brother Paul’s wife ( Mae). The novel is two stories intwined together to form this moving novel of love and loss. Which Seth and Abel both experience.

The reason I liked this book was because of the two main characters Seth and Abel. Abel’s whole life is prospered throughout the entire book, talking about his childhood and the challenges of being born with a crooked spine and a hunchback, not to mention the constant torment and rude comments made about his disformation. Meanwhile Seth is trying to cope with his mom’s new disease and his drunk dad.

A man named Abel falls in love with his twin brother’s wife. Seth overcomes new challenges with his mom being diagnosed with early on-set Alzheimer’s disease, meanwhile he is trying to survive being an awkward teenager and surviving high school.

The novel to me is much like what people deal with in this cumbersome world today. They talk of a farm and give such vivid detail that you can picture the giant red barn, the tall soft wheat fields, and the rickety old house. It describes the farm and scents that fill the fresh crisp air. It almost gives you a feel of peacefulness and serenity.

One of the quotes I like are “Alongside this world there’s another, there are places where you can cross.” Referring to the fantasy world that ties both of the stories together. Abel’s mom told him the story, and Seth’s mom shared the story with him too. The fantasy world known as Isidora.

The theme of the book I think is love the ones around you and cherish the time you have on this earth. I enjoyed the emotional aspects of this book. I liked the book, but it did gett boring in some parts. I thought it was a very touching book.

This book is a fantasy book because they describe an alter universe called Isidora, where you have no memory. Which means without memory there really can’t be loss. In this fantasy worldd nothing is known or remembered. Therefore you don’t ever lose anything. In Isidora everything is possible, and you are everything you ever dreamed of. In this world nothing is guaranteed so why not make the best of it? 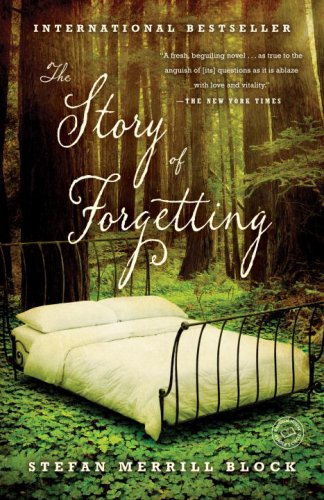