When William Faulkner began writing novels about the Southern life he knew, he hadlittle idea the impact his work would have on American literature. The"legends" Faulkner created magnify the Southern obsession with theirdefeat in the Civil War, and open the rest of America's eyes to this unfamiliarlifestyle.

Written in 1936, Absalom, Absalom! focuses on one Southerngentleman, Thomas Sutpen, and his quest to create a dynasty. This self-made manattempts to secure a male heir to carry on his legacy, but his racist attitudedestroys his dream.

Faulkner gives the reader a sense of the focusSoutherners put on the past through different narrators. This may be difficult tounderstand, but once you get the hang of it, you will understand this complexstory.

This novel, like Faulkner's others, places meaning in each name andevent. The title itself is an allusion to the Biblical story of Absalom in thesecond chapter of Samuel.

Absalom, Absalom! is a very difficult novelbecause of this, and most high school students only read it if they have to. Ifyou do, you will discover many interesting truths of post-Civil War Southernlife, and read an interesting tale. 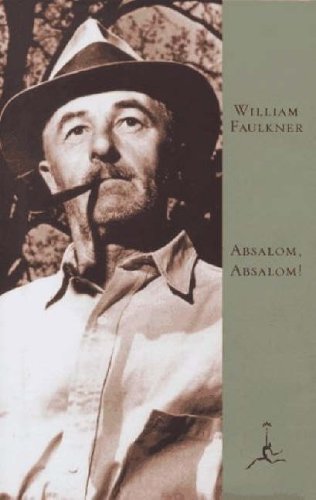