City of Bones: By Cassandra Clare
The Mortal Instruments: Book One

To say that I’m the only one tired of the vampires and werewolves and Twilight Sage craze would be an understatement. In truth, there are probably many teenagers just like me would could enjoy a book that has nothing to do with them or simply just bag on them. In my opinion, I have found the perfect book for that, a book where it just destroys the existence of them. Still they’re not much better than us, but that to me, is something I can live with.

Imagine yourself in a club near Brooklyn, New York. The first thing on your mind is that you’re going to have fun and nothing is going to stop that. That is…until you witness a murder committed by ‘three teenagers covered in strange body markings’.

Never have? Well of course, Clary Fray has and that is where our story takes place. Soon she is plunged into the world of the three killers, known as Shadowhunters. At first, she resists…until her mother abruptly disappears, her house trashed to pieces and she herself is attacked by what the Shadowhunters killed, a demon.

Clary’s story along with Jace Wayland’s keeps your attention attached to it, sitting on the edge of your chair, dying to know more. The book will make you gasp out loud, surprised at what happened or what didn’t happen. You’ll cry out loud as the twist and turns take place, wondering why it happened the way it did. Or you’ll simply be close to tears, of joy and sadness by the end of the book.

And certainly, you’ll thrash as you see the major cliff hanger. 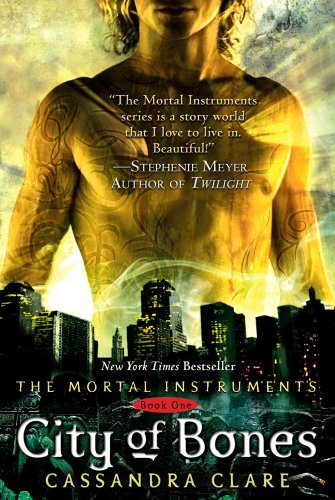