The Book Thief by Markus Zusak

'The Book Thief' by Markus Zusak is a book that really influenced me. I had read several books before it about World War Two, all with the same story of a Jew hiding from the Nazis. I expected this book to be very similar.
I was wrong. The main character of the story, Liesel, is not a Jew. She is simply an orphaned girl growing up in Germany. I liked how this book was completely unbiased—it didn’t side with Jews or Nazis.
After I read this book, I had a very different opinion of World War Two. Some books tend to give the impression that Jews were the only ones affected by the war. 'The Book Thief' shows that ordinary Germans were also greatly affected. When Liesel’s foster parents hide a Jew in their basement, she is very confused. She doesn’t understand why people would be so cruel to someone just because of their religion. All throughout the book, Liesel grows angrier and angrier with the Nazis, who she thought would help her country. As a way to strike back at them, she starts stealing books from book burnings.
This story really gives a lot of insight on what life was like for ordinary people during World War Two. I could really connect with Liesel’s fascination for books, and that made the story even more memorable for me. This book would be great for anyone who wants a different view on Nazi Germany. Every once and awhile, I will come across an unforgettable book that really changes my opinion of something. 'The Book Thief' is one of those books. 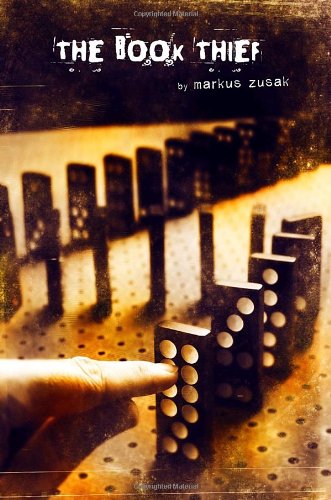 bookcrazy PLATINUM said...
on Apr. 9 2010 at 8:14 pm
bookcrazy PLATINUM, Rocky Hill, Connecticut
35 articles 0 photos 11 comments
View profile
AMAZING book! I bug my friends to read it; I even bought it for one of them. :) Nice review btw.
myfriendfreckle SILVER said...
on Apr. 9 2010 at 7:36 am
myfriendfreckle SILVER, Rochester, Massachusetts
7 articles 5 photos 21 comments

Favorite Quote:
"Even Monkeys fall out of trees."

View profile
Great Review!!! I love this book! (I own it as well) Please read some of more work and tell me what you think?!