Fight Club is a sensational book that takes readers inside the mind of an insomniac. The unnamed narrator possesses a deteriorating mind, and his world crumbles more each day. He visits cancer support groups to relieve his suffering and barely knows who he is. In his shoes, you see his mind flash and bend under the constant pressure of no sleep. He comes home one day to find his condo has been blown to bits. In his efforts to restart his life, he visits a new acquaintance, Tyler Durden, who gives him a room in his house.

From that day on, his life changes rapidly. He and Tyler start a club that uses bloody fighting as a stress reliever and a coming-of-age stage for young men. However, Fight Club turns into something more. Men become addicted to the adrenaline and pain. As this world expands into something neither of them expects, the narrator begins to see things about himself that could set everything right but won't.

Reading this book was one of the most unique experiences I have ever had. It felt as if Chuck Palahnuik brought me into a basement where I got my face punched by a stranger, and liked it in a weird way. Palahnuik writes in a way that what he tells, or sometimes doesn't tell, effects the story and leads to a surprising and shocking ending. His twisted story reveals something about the true nature of man. If you're looking for a book that will make you think, Fight Club is one for you. 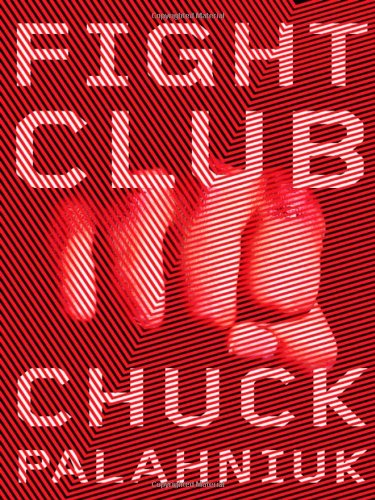 Favorite Quote:
"who the fuck has a favorite personal quote what does that even mean" - me, just now.

View profile
Reading this book is very much like going into a coma. You slip into it and, at least for me, read the whole thing in maybe an hour. Then you awake, with no memory of what you were supposed to be doing, only with the knowledge that you have just finished a truely great novel.  Wonderful book, my second favorite of his, after Invisible Monsters.
ABrownieC BRONZE said...
on Apr. 2 2011 at 8:49 pm
ABrownieC BRONZE, Woodbury, New York
3 articles 0 photos 7 comments

Favorite Quote:
"You must be the change you wish to see in the world."
-Mahatma Gandhi

View profile
Hi!  I really enjoyed reading this book review.  It seems liek a very interesting book!!  Thank you :)  And if you can, please take a look at my book review and rate & comment.  thanks