Inside Out by Maria V. Snyder | Teen Ink

Inside Out by Maria V. Snyder

Trella is a loner, a survivor. She never gets close to anyone, because if she does she might care. She has one friend, Cogon, who grew up with her. Trella and Cogon are scrubs. Scrubs do not know who their parents are. They do not go to the upper levels. They are kept below to work and work, crammed into every square foot of space. If they step out of line, break the rules, the Pop Cops take them.
Trella has managed to stay out of trouble until the day Cogon introduces her to a supposed "prophet". Trella is skeptical, there have been many of these prophets before and they were all the same. Liars. Cheats. Spies. But, when Broken Man claims to know who her parents are and where the fabled Gateway is located, Trella finds herself risking everything on a hope. With the help of some unlikely (and often unwanted) friends she sets off on quest to learn the truth

This book was refreshingly different as far as sci-fi goes. So many sci-fi books are all about the spaceships and gadgetry, but this one was always about the people. When I read books, I always read them for the characters more than anything else, so it was wonderful to meet such interesting and new ones as can be found in this book.
Trella is a great character. She has such potential for great deeds, yet she is terrified to open her heart to others and be hurt or have them hurt because of her. Because of this fear she hesitates and makes mistakes, yet somehow, she attracts friends and devotion without even trying, definitely without wanting such attention. Eventually, she will have to step up to the task and take on a role she never asked for.
I loved Riley. He is sweet and has a great sense of humor but is not in any way helpless. He stands up to Trella more than once and is not afraid to tell her when she is wrong or being stupid. Also, he can be more dangerous than he lets on.
Some parts of this book are brutal and tragic, but there is always hope. It ends with great promise for the sequel, Outside In, and I anticipate a lovely romance in the future. I can hardly wait to read it. 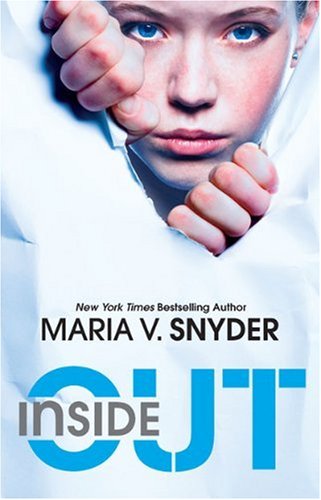