Mara, Daughter of the Nile by Eloise Jarvis McGraw

Mara is a disobedient slave. She reads when she ought to be ironing and steals food in the market. For her behavior, she is often beaten but that doesn't stop her. Her life changes when she is purchased by a mysterious stranger who serves Queen Hatshepsut. He needs a clever slave who can work as an interpreter and spy on the queen's nephew, whom she suspects of rebellion.

On the same day, Mara encounters the charismatic Sheftu for the first time. He spotted her earlier in the marketplace and believes her to be a runaway. Using this belief as a lever, he recruits her to his cause as a messenger to Thutmose, the same nephew of Hatshepsut's that she has been ordered to spy on.

At first Mara sees this as an opportunity; she can give Sheftu up to her new master and gain her freedom. However, she finds herself strangely reluctant to do this, and so she plays both sides, telling neither one the whole truth. One day she will have to make a choice, and either one could cost her her life.

I love, love, love this book. It is wonderful to meet a character as vivid and intense as Mara. I love the delight she takes in being so devious, the triumph she feels at her own cleverness, the defiance she throws at the world. At first she wishes only for her own gain, but slowly she finds things she yearns for more than wealth and power. She is one of my favorite characters ever.

Anyone could fall in love with Sheftu. Enigmatic, witty, charming and handsome, he is determined not to be distracted by anything. He is so fervent in his beliefs that Thutmose will be good for Egypt. Not for the nobles, the land, or himself; Egypt. He is so focused, until, of course, a certain blue-eyed slave girl crosses his path and plays havoc with his carefully-laid plans.

The writing, the setting, the language, the dialogue, the characters, the romance, the adventure...Oh, this is a beautiful book! Technically, it is not the most historically accurate of tales, but when it was written there was very little known about Hatshepsut or Thutmose, so you can't really blame the author. After reading it I looked up what really happened. I hope you enjoy this book as much as I did. 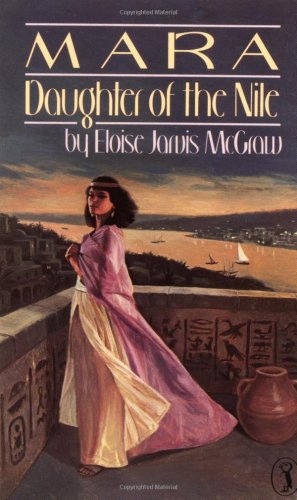 View profile
I loved this book! By the way, how do you get the cover picture for a review?