King of Ithaka by Tracy Barrett

Telemachos has long been without a father, and Ithaka without a king. Now, with suitors threatening to force his mother, Penelopeia, into marriage in order to take the kingship, Telemachos has to find out why Odysseus never returned.

Aided by a centaur and a runaway, guided only a seer's cryptic advice, he sets sail for the court of Nestor. On the way they encounter many bizarre creatures, but their biggest danger may be from their fellow men.

I have always loved Greek mythology and the Odyssey in particular. The strange lands and stranger people have a way of sparking the imagination and creating new dreams and worlds in your mind. Telemachus and Penelope, or, in this instance, Telemachos and Penelopeia, have always interested me more than Odysseus. He was off having adventures for years, while his son grew up without a father and his wife kept the kingdom together as best she could without a husband. It was interesting to read about what life might have been like for them.

This book is written in a modern style, with Telemachos and his friends speaking and behaving like modern teenagers. He spies on girls and steals alcohol, goofing off like any other 16-year-old boy might, but he isn't what I would call wild. He is very much a boy at he beginning, but hardships and experience set him on the road to being a man. 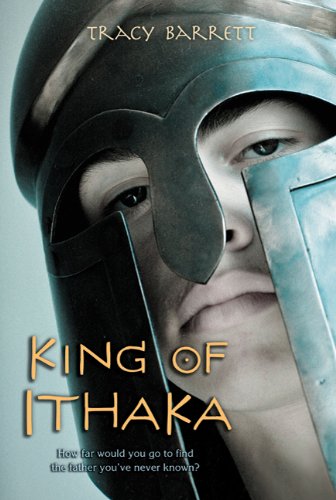