Once upon a time in the city of Baghdad there lived to brothers. One of these brothers was wealthy and had seven sons, the other was poor and had seven daughters. The father of sons would gloat over his brother's misfortune, but the father of daughters was happy. His daughters were beautiful, clever and good, and he considered himself blessed. However, he fears for his daughter's futures when he becomes ill. What will happen to them if there is no man to support them?
It is this fear that causes him to go along with his cleverest daughter's ambitious scheme. Buran has a plan to save their fortunes. She dresses up as a boy, cuts her hair and with her father's blessing goes to the city of Tyre.
Mahmud, son of the Wali of Tyre, is lonely. His only friends always want things from him, be it money or influence, and nobody spends time with him simply for his company. So, when he is introduced to Nasir, a handsome, wealthy, and new to the city, he has a true friend for the first time. But, when he begins to have strange feelings for this young man, he becomes suspicious and starts investigating.

Based on an old Persian folk-tale, this story is simply beautiful. It reads like a fairy-tale with lyrical language and wondrous lands. I loved the setting of deserts and middle-eastern culture. I could practically see the sands and silks and smell the spices. This story was meant to be read aloud or told late at night.

Mahmud was brilliant. Handsome, clever, a little bit arrogant and occasionally devious, his loyalty is extraordinary. Most men, upon realizing that their friend has deceived them, will react with anger and hurt, but not him. He understands immediately, but even that may be too late.

Buran's side of the tale was lovely and bittersweet. Her love of independence and loyalty to her family are sometimes at odds, but she is fortunate to have parents and sisters who love her dearly. She was so happy as a merchant until she realized that she was falling in love with a man who would probably never forgive her lies. Their misunderstandings and miscommunications threaten to keep them apart forever, but with a little help they might just have a chance...

I cannot recommend this book more highly, if you have not read it yet, you should. 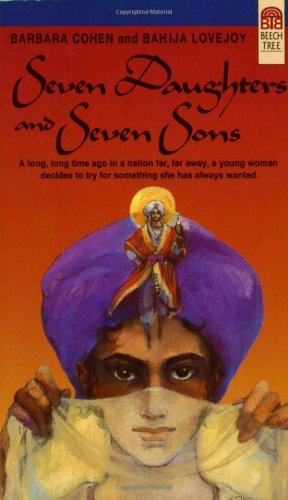 
Buy from Amazon
The author's comments:
This is one of the most beautiful books I have ever read, but it is sadly not very well known. I hope that someone will discover this magnificent novel through my review.
Post a comment
Submit your own