In appearance, Eon is a 12 year old cripple who hopes to be the new Dragoneye apprentice. In fact, Eon is Eona, a 16 year old girl with little choice or future. If she fails, she will have only the most miserable of existences to look forward to. If she is caught, it will be worse.

The other hopefuls are bigger, stronger, and whole in body. There is little hope for success. When the day of choosing arrives, a miracle occurs. Eon is not chosen by the ascending Rat Dragon, but rather by the Mirror Dragon, who has not been seen for centuries.

Eon is thrown into a world of intrigue and power as she becomes one of the most powerful people in the world. There are few who can help her and even fewer she can trust, and many who could destroy her.

This book is absolutely fascinating. It takes place in a world that is slightly reminiscent of China, but different in so many ways. It is harsh land, dark and full of secrets and mysteries. I soon became completely engrossed in the politics and people. This world drew me in in a way that made it impossible to escape.

Eon/Eona is a complex and wonderful character. She is so terrified that someone will discover her that she does her best to stamp out the parts of her that mark her as feminine to the point of barely knowing who she is anymore. Her desperation leads her to do reckless and dangerous things, and her very refusal to acknowledge her true self may be her undoing.

The secondary characters are very well developed. Each one has their own unique personality and problems. Lady Dela, the eunuch Ryko, and tormented Dillon are each as interesting as Eon in their own ways. Lady Dela is particularly complicated.

I was left wondering if there was going to be any romance for Eona in the future, I shall just have to see what happens in book two, Eona. Also, don't read Eon until you have Eona on hand. I had to wait for over a year and it was extremely frustrating.

I would recommend this book to those who enjoy gender-benders, dragons, and dark fantasy. There are some highly disturbing elements in this book, so I would not recommend it to the squeamish. 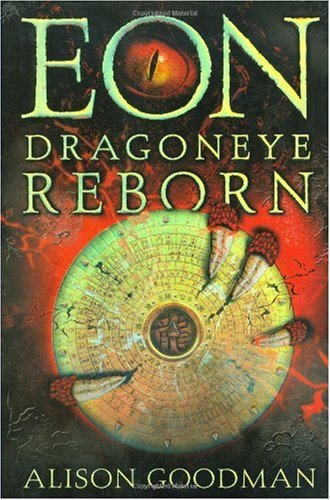