Johnny Marco is a good boy, since his dad left he has worked hard as a shoe-repairman and has done his best to take care of his mother. However, like all seventeen-year-old boys, he dreams of something more. When a beautiful princess comes to him for aid, he jumps at the chance. She offers him her hand in marriage if he will rescue her brother, who has been turned into a frog by an evil witch. Johnny finds himself drawn into a strange world of magic and danger. He encounters talking animals, giants, scorpions, and all manner of Floridians. When it comes down to romance, though, is it really the princess he wants? Or is it his oldest friend Meg who works at the coffee counter?
Alex Flinn takes a very creative stance to several fairy-tales, a stance that is immensely entertaining. I loved the wide variety of different stories and characters, Princess Victoriana and her amphibian brother are delightfully shallow but with good hearts. Johnny and Meg are such nice, almost normal teenagers that I can easily imagine meeting them in the street. Cloaked has a brilliant cast of very human characters (even the ones that are temporarily animals). I also loved all of the fun shoe quotes, I had never realized that there were so many quotes involving footwear! 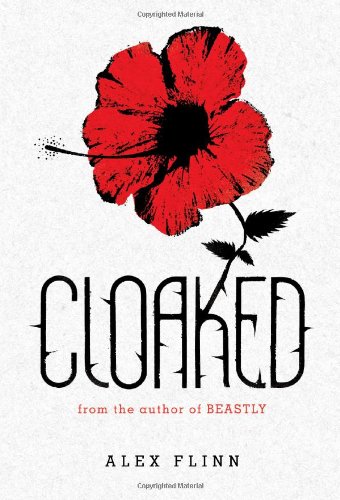