The Ruins of Gorlan by John Flanagan | Teen Ink

The Ruins of Gorlan by John Flanagan

Will has feared and anticipated his Choosing Day for a long time. The day when his fate will be decided. Will hopes that he will be chosen for Battleschool, but he worries that he is so small and useless that no one will want him. And it is true, he is not big or strong, rather he is small and quick and can move like a shadow. His skills are not suited for a life as a knight of the realm, but they are perfect for a life as a Ranger. The dark, cloaked Rangers have always been a source of fear and mystery to Will, but he is to inquisitive to stay nervous for long.
This book is too much fun for words. My sister picked it up as her prize for the library summer reading program last year, and when she finished it I read it, then my 27 year-old brother. As we went through the series, my other little sister joined in and there were some times when we were literally sneaking into each other's rooms to steal away the most recent one in the series. (I am very excited about the new one coming out soon.)
The world this series is set in has certain parallels to our own, countries that obviously correlate to Scandinavia, France and others. The characters, plot, and writing style are great, with light-hearted dialogue interspersed with more serious and sometimes dark events and worries. I would recommend this book and the books following it to anyone. 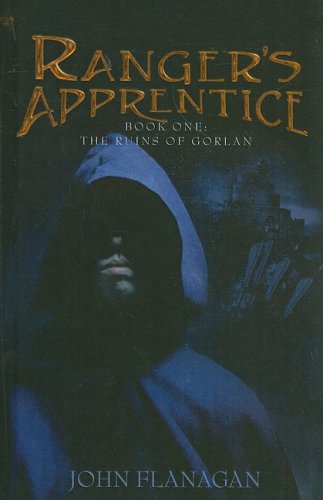