I finally picked up this book because my sister and cousin had both just read it and had mixed feelings about it. After reading it, I have mixed feelings myself. The first thing I noticed upon opening it was that the author has terrible grammar. I wasn't sure if I wanted to finish it but I decided to read at least a few chapters. A few chapters in, I still wasn't sure if I liked it but I had to find out what happened. So I read it all the way through and I am still not sure whether I liked the book but I have to read the others and find out what happens. It is a little weird.

I think that this book is mostly so popular because of its "shock factor." It is violent in a way that is unusual in YA literature. Technically, it is not really any more violent than a lot of other YA and even children's novels that involve wars or other forms of conflict, nor is it more graphic or bloody. It is the form of violence that is different, where ordinary (well, mostly ordinary) kids are forced to kill each other even if they are or could be friends.

Katniss irritated me. Her self-absorption and obliviousness made it hard to like her. Not to mention the fact that she pretended to fall in love as a strategy. She got a little better towards the end, but I still couldn't make myself care for her except for the sake of her family and Peeta. I liked Peeta and the way he retained his soul no matter what happened. He was strong and brave without being as harsh as Katniss and he would try to protect her even when she did not care about him.

I stayed up very late because I had to get to the end of this book to see what happened, but not because I was enjoying it. There is something about the way the author paints a picture of such a cruel and horrible world that makes you keep reading in the hope that something good will happen. I would not particularly recommend this book to anyone, but I have to admit that it was an interesting story. 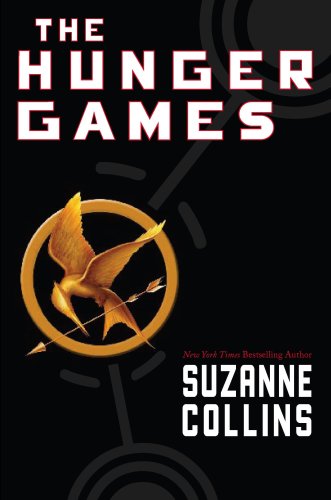 
Buy from Amazon
The author's comments:
I couln't quite see what all the hype was about.
Post a comment
Submit your own

View profile
Thank you. :) Yes, I was disappointed in that this was a book I wanted to like more than I actually did. This is also one of the rare stories where I like the movie more than the book. Katniss comes across as less abrasive and I didn't have to put of with grammatical errors. Thank you for saying hi. :)
AnnabelLee423 SILVER said...
on May. 30 2013 at 7:12 am
AnnabelLee423 SILVER, Somewhere, Other
6 articles 0 photos 22 comments

View profile
First of all, congratulations on your writing! I think you are one of only a handful of people that were not "hypnotised" by this book... Your approach was very interesting! I did not read this book in English, I could not define it as a great piece of literature, anyway... I so do pity of Peeta beacause of the designing plan of Katniss... Anyway, great job! :)