Have you ever had a crush that you really like, but you don't know if he likes you back?

Well in the novel Island Summer by Jeanine Le Ny that's all Nikki's wondering.
It all started when Nikki was on her daily sandwich route, when she stumbled apon and almost hit a very hot guy named Daniel. She said, “All I could focus on was his striking blue eyes.” They became and friends and in Nikki's sense more then friends. Nikki said she was falling in love more and more every time they would hangout. But, Nikki wondered if Daniel liked her the same way she liked him, but she was getting mixed messages, so she didn't know. One day she invited him to a party, but he said he had a “family thing” to do. But he also said that on Sunday he had a surprise for her. On Saturday she went to the party awaiting her best friend, Blair, she hadn't seen all summer. She talked to her and then went outside to get some fresh air. Then she saw Daniel with her best friend Blair and they kissed. “I felt like my whole life was ruined.” She said.
She recalled hearing her best friend Blair say she wanted to show Nikki her new hot boyfriend. When I read this book I read the whole book in one night because I was so thrilled to hear the ending.

I would give this book a 10 of 10 for being suspenseful all the way through.

Nikki felt betrayed and left the party sicken and felling betrayed. She walked up and down the beach, until she saw Daniel coming toward her. “ I saw you guys,” Nikki whispered. Daniel then explained the whole story, it was that Blair and his family had been really good friends and then they thought it would be cute if they went out so they did but they didn't like each other. So they just broke up for good. Nikki was very relieved. He then right there carried her up the beach back to the party and kissed her the kiss she had been waiting for forever.

This book does not really have a life lesson, but it shows that some boys are really considerate, and you have to have trust in them. I would recommend this book to anyone that likes a good love story with a lot of suspense and a twist. 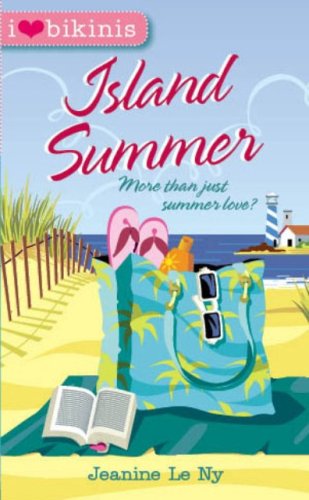