Where the Red Fern Grows by Wilson Rawls | Teen Ink

Where the Red Fern Grows by Wilson Rawls

The book “Where the Red Fern Grows” is a book by Wilson Rawls. In his 2 novels, you're sure to be pleased with realistic structure of the book. He grew up in the Ozark Mountains, just like one of the main 3 characters, Billy Gilman.

The book is an award winner, and so is his other novel, “Summer of the Monkeys”. Even though his other novel is good, it can't beat his greatest work.

The main human character, Billy Gilman, tries to earn money to get his very own “coon hounds”. He does jobs such as finding earthworms fresh in the ground and selling them to fishermen, or maybe picking blackberries until his feet where near raw to the bone. After a grueling 2 years, he gets his prized money that he gives to his grandpa to mail into the people who were selling them. Right as he gets them, he has to start an extinctive training process. They later end up in all sorts of competitions.

I think it the most action-packed book that could very well be true. The ending is, in my opinion, the very best part. The book will bring pout many emotions, and it will make want to read more.

Overall, I would give this book 9 out of 10 on the awesome-book-o-meter. Anyone who likes dogs, or has some of their own, would love this book, or even if just want a great novel. 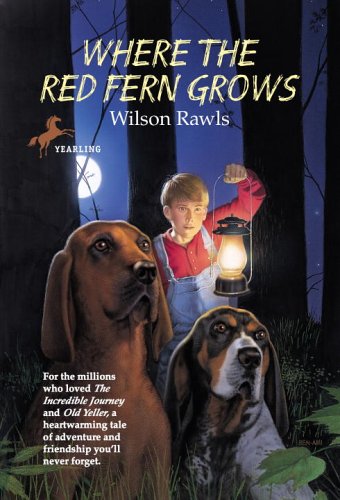