Can you imagine being taken by a guard to do a top-secret mission. Imagine not even knowing that it was going to happen. Well, that is what happens to William Race in Temple. He expects to have a normal day, go to work and come back. But that all changes when he finds a nation guard outside the door of his job.


Temple describes the story of a long lost Incan idol. It is said to be carved out of a very rare stone. And this new stone could be the power source for a deadly weapon. The U.S. wants to have this stone at any costs, but they are not the only ones.


The only clue to the whereabouts of the idol is in a ancient manuscript. And this is when William race is introduced. William race is a very skilled linguist who is recruited against his will to translate the 400-year old manuscript.


Of course, acquiring the manuscript is no walk in the park. So begins William's quest to find the idol. Along the way, William and his team will encounter many different means of guarding the idol, and also another team of soldiers who have their own reasons for wanting the idol.


Temple is an action packed book that keeps throwing curveballs in you direction. From the second you pick this book up, you will not be able to put it down.


I would say this the perfect book for anybody who wants non-stop action. It is fast paced and the story will never let you down. If you want to read a slow calm book, this is not for you. 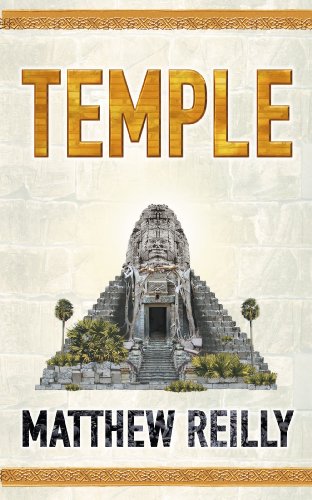