At first I thought thas this book was going to be a fairly typical young adult fantasy romance where the young princess falls in love with the wrong gentleman and struggles against all expectations. On one side, I was right. On the other, there are aspects of this story that do not even come close to being ordinary.


The first half was fairly predictable, princess doesn't want to marry an arrogant lord who is only after her throne and meets a mysterious, dangerous boy who may be an enemy of the kingdom. My sense of predictability was exacerbated by a scene where Alera goes to see Narian only to hear that he is out riding and it is suggested that she and her friends go for a walk by the river. I just had to roll my eyes because I knew that she was going to fall into that river and that Narian was going to pull her out. However, in the second half of the book it was impossible to predict anything and the ending was quite shocking. I am eagerly awaiting book 2 because I have no idea how it is going to work out.


The characters were interesting and likable. (Well, mostly. I really want to Steldor through most of the story.) Alera was well-written. She is aware of her responsibilities and does not behave like a child to avoid them, no matter how much she may wish to. However, she also acts like a giddy teenager at times, pulling pranks with her sister and giggling over boys. This struck me as being realistic. She was raised with the importance of her duties and how they would affect others and is so aware of them that she rarely acts sefishly.


Narian was very...interesting. On one hand, he is the handsome mysterious stranger with more weapons on his person than some people keep in their armory, but underneath his stony facade, he seems almost desperate. I am still not sure what side he will choose.


Of the minor characters, I really like Miranna and Temerson. They are so sweet and innocent compared to everyone else. The bodyguards, London, Destari and Tedark were all interesting and likable in their own ways, though in Tedark's case it was just fun to make fun of him. London was very complicated and at times confusing. He seems to have many secrets and I am sure that there are several yet to be revealed.


There are a few instances where the characters seem to contradict themselves and that irritated me. For example, the king killed his infant son as a sacrifice in the prologue, but that is never mentioned in the story and he does not seem like the sort of man who could do such a thing. Yes, he can be harsh, but nothing in his behavior hints that he murdered his son or even that he could. There were other, less noticeable instances, but that one bothered me the most.


There was a subtle undercurrent of darkness in the story. There were the obvious infanticides and battles, but there were also references to torture and hints of abusive behavior. When Steldor, Alera's suitor, grabs her arm too tightly she is unsurprised and most people do not care because the men are in charge and it is the woman's place to obey. A husband can do anything to his wife and no one will object. Also, a father has complete control over his children until they are married and out of his household. While no beatings or abuse actually occur in the story, there are enough small hints to worry me.


All-in-all, I enjoyed this book. Though my first impressions were not enthusiastic, the complicated world and puzzling characters drew me in. I have a feeling that the sequel will be darker, but hopefully not too much so. There are so many questions left unanswered at the end and I can only guess what will come of them. 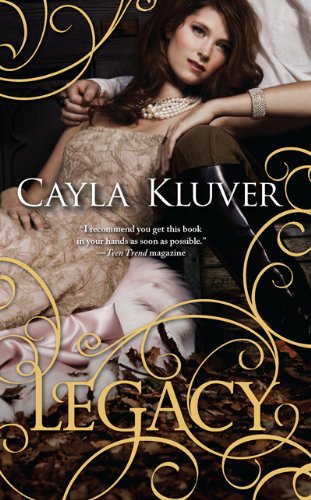