This book is not at all what I expected, but in a good way. I was under the impression that it was first and foremost a fantasy novel, but the magical aspects didn't even start to show up until you were seventy pages in. even when more fantastical things started happening, I would still call it more of a contemporary novel than a fantasy one.

I loved Emma. This story is truly hers, for once I didn't even care much about how cute or fun the guy was, I was too focused on Emma. Having escaped from a drunken step-father who almost killed her, she just wants to fit in and start anew. She gets nervous, she makes mistakes, she makes friends, she makes enemies, she stutters incoherently every once in a while and she is totally human despite whatever magical abilities she is discovering or curses she must break.

I was just a little disappointed in Brendan. Sure, he was cute and heroic and likable, but he didn't have the same depth as Emma. On the surface he had a bad boy attitude and a nice guy personality, but there wasn't much underneath. The author took a lot of care with Emma and her backstory and I wish she had done the same with Brendan's.

The curse was interesting in this story. It sounds typical enough, a boy and girl destined to meet and fall in love over and over through the centuries but be separated by death as soon as they are united. However, what was not typical was how they broke it. They never really tried to break the curse because they simply didn't know how it could be done. Instead, it was broken by them being themselves more than anything else. Plus, there were no epic magical battles between good and evil, which was a refreshing change.

I found this to be an original and enjoyable read that I would recommend to any lover of YA romance, be it fantasy or otherwise. I will certainly be looking forward to anything this author writes in the future. 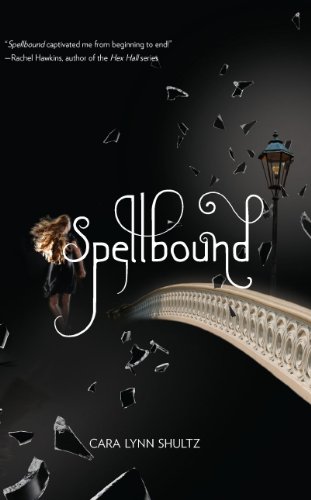