The world that Chima has built for this series is magnificent. It is full of complexities and unique characters. I love the political machinations and prejudices that the heroes have to fight, and at times, use.

Han Alister, aka Cuffs, is a fascinating character with great depth. It is easy to sympathize with him, but you are never sure what he is going to do next. He can be kind and heroic, but there is an edge of danger to him that comes partly from his past as a streetlord and partly from his frightening strength in magic. There is something about him that warns you to be wary.

I don't like Raisa as much as Han, but it was nice to see her growing up a little. She is less foolhardy than she was in the previous two novels and she impressed me with her quick and decisive actions. However, she still toys with too many men at once for my taste. She loves Han, but can't have him. She half loves Amon, but she can't have him either. She is still attracted to Micah Bayar, but he is completely untrustworthy and forbidden. She doesn't care much for Nightwalker, but she kisses him anyway. I want to smack her sometimes.

The mysterious Crow's identity is at last revealed, and I was not surprised by his true name. The author has been foreshadowing it for a while and is definitely setting up something big with this novel. I can't wait to see where it goes.

This novel has a different feel to the others in the series. It is a little darker and more dramatic, full of intrigue and betrayal. I really enjoyed this novel and I would recommend it to lovers of forbidden romance, court intrigue and wonderful character development. 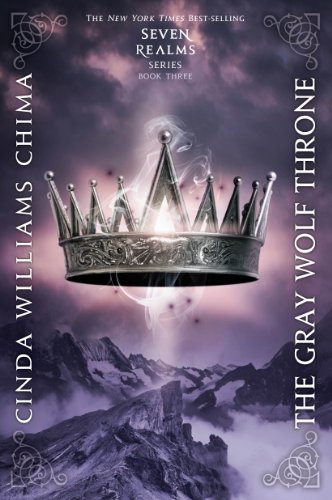