Science fiction is such a wide and wonderful genre, don't you agree? And this book is a perfect example of all the things that make it fun. The hero, Vincent Black, is virtually indestructible and has a single-minded goal of whupping the bad guys. The heroine, Lexi, is tough, pretty and physically incapable of fear.

Vincent is an interesting character. As he will tell you if you ask him, he is what happens when the government plays around with things they shouldn't. He comes across as being a man of mystery, but he is actually very matter-of-fact about who he is and what he has done...except for the things that are a mystery even to him. He and Lexi make an excellent team...and perhaps more someday?

The story seems pretty typical at first, but it becomes more complicated as you read.. At first, you see the evil warlord who causes death and destruction everywhere he goes with thousands of faceless minions to do his bidding. But then you see the face of a minion and it is not what you expect. The lines between good and evil blur a little and your sympathies shift just an inch. That is when it starts to get really interesting.

While this book has a several dark themes such as past rape and abuse as well as current deaths and torture, the writing style is so...enthusiastic. You can see how much the author loves writing and how he likes to show off his characters, which adds an element of fun. Vincent can be just a tad too dramatic at times, or Zodiac can call someone a maggot at the top of his lungs, and it made me smile. The only small problem I had with the writing was that sometimes the dialogue seemed a little awkward to me.

I would recommend this novel to lovers of science fiction, video games and the Terminator movies. :) 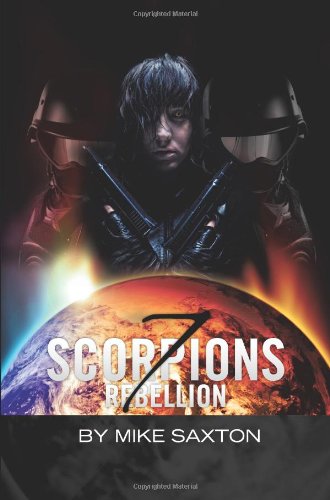