The Barcode Tattoo by Suzanne Weyn

Have you ever craved perfection? Have you ever felt obsessed with efficiency? Have you ever felt like you were helpless under an authorities command? The barcode tattoo by Suzanne Weyn is a great book, reflecting these points, about a corrupt society, where everyone is forced to have a barcode tattooed on their arm. The tattoo has all your information stored on it, it is supposed to make your life easier, without all the cards and papers; you just have it encoded on your arm. However, in reality, this tattoo ends up destroying people’s lives. This tattoo is no longer a preference, but a law, and those who rise above it, such as the main character, are rejected and shunned. This story is a powerful reflection of life today.

The barcode tattoo’s main setting is located in the United States, where the barcode tattoo is law. In this futuristic book, 14 years ahead of our current date ( year 2025), Canada is still remaining free of the barcode, though it has been said that Asia and Europe have all made the barcode tattoo a law. Kayla sets out to find the “White face”, where she has felt will be her key to freedom, the “White Face” sends out to be an escape to liberty, being the Whiteface Mountain, where she meets up with like-minded people, and learns to free herself with her mind. Kayla’s futuristic location is based on what our society today could lead up to. The governments obsession with perfection, the idea of not being able to be accepted in art school due to lack of computer skills, having fine arts neglected, originality being inferior to conformity, having all your information, medical records, credit card bills able accessed by everyone merely by a scan, all of these things seem very likely to happen. The fictional setting is clearly a direct reflection of what our current one will lead up to.

The book essentially follows the life of Kayla, who is the main character. Kayla Reed starts having a unique perspective on things. While her friends and family begin by praising the bar code tattoo, Kayla finds herself doubting it and refusing to receive this tattoo. With her entire life imprinted on her arm for everyone to see, she wants more privacy and control, but this was a difficult demand. No school or job would accept you, you could not buy food without this tattoo, she could not live without it, yet she continued fighting. This shows her true strength. She joins the resistance group Decode, when she turns 17, the legal age to get the barcode. Kayla finds herself loving a member of the group, Zekeal. However, when he ends up being a traitor, trying to collect non-law abiding citizens and force the barcode on their non tattooed arms, she is devastated and runs away to find her true destiny and follows the visions she has started receiving. These visions are seen by Kayla through out the book, and it is later acknowledged that they were sent from a bizarre lady in the mountains named Euthonah. The police, and government, and the US itself, spread lies that she killed her mother, when her mother attempted to burn the barcode off her own arm, but burned the house down instead. Her father committed suicide; she leaves her home, and orphan trying to find a place where she can be accepted, after all of her loved ones reject her. She becomes a girl targeted all around the country, she continues running away in hopes of finding something that may help her. The barcode tattoo is destroying her life, but she remains strong, and fights it. Her true perseverance and determination, devotion and character shine through, as she finds herself and breaks free of the corrupt world she was living in.

The barcode tattoo is a great read about a seventeen year old trying to fight against the society, government and Global-1, attempting to stand strong against the fraud corrupt ways of her country. After her father and mother, and best friend Amber all get the barcode and have a terrible life, and tragedies that follow in complications with it, Kayla becomes a member of a resistance bar code group Decode. She learns through out the book, that the barcode includes a generic genetic code, dating back to see your possible diseases, having information about your weaknesses and health. She learns that Global-1 uses these codes on newborn babies, to see if they are perfect. The government leaves the ones that have imperfections to die, in hopes of all humans having perfect health. Then these babies of perfection, are given adaptations that Global-1 created themselves, not allowing these babies to break free and adapt naturally they give them fake adaptations. She begins to be completely against the barcode when she realizes that her grandmother suffered from a mental disease, this would appear on her arm, saying that she is likely of having it. Kayla becomes disgusted at the thought of everyone being able to see her supposed sickness. Though she knew she was sane, it was not her that the people would believe, it was the barcode. This would cause discrimination and not allow her to be hired on any job at all, due to this sickness, that did not affect her, and Kayla became more opposed to it. Then she begins to worry that the visions that she sees, might just be seen to her because she is not sane, fearing that she has become not in the right mind, like her barcode would tell her, and anyone that scans it. When two of the members of Decode end up being double agents for a group trying to force everyone to get the tattoo and rumors are spread that she killed her mom, along with the government wanting to catch her for breaking the law of not having a barcode Kayla runs away. When another member of Decode, named Mfumbe finds her, and they both set on a quest to find the escape that they have been longing. Throughout the story, Kayla has physic vision of Euthonah telling her to come and meet her at the mountains, “follow the White face” she says, when she reaches the mountain she becomes in touch with her side, that is rejected by even society today. She learns to feel energies, and perform miracles with her mind, communicating merely by telepathy, she sets out to find another friends from decode that she lost, hoping that he will get her signs. After many months of training of energy and not being found, they result to that they have to face the real life that they come from, and escape with their new group they found in the mountains, back to defeat Global-1. None of them know how this will result, but the hope that it will be in victory, as they leave after a vision that Kayla has. Kayla has a vision of a huge gathering, a universal rebellion against the barcode, and them declaring victory against, they follow the leader of the rebellion, and end the story walking away from the mountains to face reality.

I loved this book; I would recommend it to anyone. Not only was the amazing description great to read while, and the thrilling excitement, and the journey that she goes on to , incredibly grasping, but afterwards, it left me with so many different ideas and thoughts. This reflection of our society that craves perfection, in a subtle way, just elaborated in this book was amazing. It did not even seem that far fetched, and it eerily seemed very likely of happening. The connection to today, when we don’t want a bad reputation, or a bad image, as a person , to how a country want to kill, and take away anything that isn’t perfect, following the perspective of Hitler. In reality, many people are built that way, that they fear illnesses, and abnormalities. I enjoyed the barrier that Kayla took a stand against, standing for her beliefs. Art, music all become one of the things that are unimportant and pointless, in this society of “perfect”, and identical people. These people become a number, all sense of individuality dies, and this book made me worship the thought of coming above the crowd that drains their own creativity to become secure in a society that is overpowering anything else. When society rejects you, I like that people’s abilities to do things that have always been rejected, even to us today, such as telepathy, auras and energy, finally shine through. 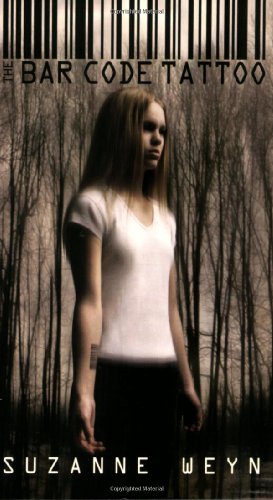 View profile
Is this book appropriate? My mom is pretty strict about what I read, since I have a pretty high reading level at a young age, and she doesn't really like me reading stuff meant for older people.....so yeah.
Ryman said...
on Aug. 14 2016 at 9:28 am
Ryman,
0 articles 0 photos 1 comment
View profile
What type of writing style would you say that the author uses?
miller00 said...
on May. 8 2013 at 2:19 pm
When we had read this book in class, i thought it was going to be a terrible book, but after we got into the book, i loved it!
angelicanXdreamer GOLD said...
on Oct. 12 2011 at 8:00 pm
angelicanXdreamer GOLD, Richmond, Other
10 articles 0 photos 13 comments
View profile
The most interesting, intense, exciting moment of this story was when the characters reached the mountains.
marvinrainbowunicorn said...
on Oct. 12 2011 at 4:08 pm
what is the climax of theis novel I am having a tough time figuring this out?