"The Vampire Academy" by Richelle Mead

Vampire Academy Series
Vampire academy is a series of books by Richelle Mead.
There are six books to the series which are vampire academy, frostbite, shadow kiss,
blood promise, spirit bound and last sacrifice.
Richelle Mead did a fantastic job with these books. She took vampire writing to a
whole new level. I fell in love with this series, it made me mad, it made me sad, it
made emotions just pour all over me. I stayed up all night reading them I read the
first, four books in one weekend. They are very addicting. I don’t really like
vampire books so I was hesitate to read them but once I got started I could
not stop.
This series takes place in a vampire community, where they don’t mix with the
Human society very much. There are three races of them. There are Moroi,
Which is a mortal vampire with an unbreakable bond with earths magic. They
are born then get old and die. There are Dhampires, these beings are a mixture
ofMoroi and humans. They don’t need blood to survive they are basically
humans with heightened senses. Last but not least there are the bad guys.
The Strigoi, these are immortal beings with no magic, they feed off of everything.
They prefer moroi.
So in this world they Moroi go to the academy to learn how to use their magic
It’s kind of like a bording school type thing. The Dhampires go to the academy to
Learn to fight to protect the Moroi from the Strigoi.
Now, the story is about two teenagers Rose and Lisa. Rose is a dhampire and
Lisa is a Moroi. She is the last of her family, so she really needs to be protected.
The only thing Rose lives for is to protect Lisa until she meets Dimitri. Dimitri is
Her own personal instructor. He is the baddest dhampire in the academy.
He is very strong and a very good teacher. Rose see’s a life she could have
Instead of being a guardian but is her friend ship more powerfull than her
Love for Dimitri? 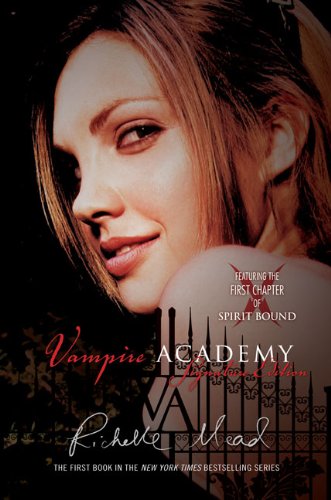 View profile
:D I Love this series! It is a very addicting series too! Great Job!:)