History was very cruel to John Adams. He is forever in our memory as a fat, bald, toothless, crotchety old man who pales behind the glorious personas of George Washington and Thomas Jefferson. But in this thoroughly researched narrative, David McCullough sets out to reverse this notion.

McCullough paints a portrait of a brilliant lawyer who held the fate of the infant United States first and foremost. The book explores his journey from amateur revolutionary to his final days in Quincy, Massachusetts, and everything in between. It also exposes his kaleidoscopic nature; he was “fiercely independent, often irascible, always honest,” intelligent, and regarded by some as “out of his senses.”

Adams has been called a monarchist, a foe to his nation, a recluse, “a bad politician in everything but discretion,” but now justice has been served with the combined wit and wisdom of McCullough.

The author brings years of research and knowledge to the table to present a visionary, an idealist, someone who never stopped talking, and above all, a true patriot. The magic of the book is the vivid imagery and flowing, concise language that makes it a joy to read, whether you're a zealous history buff or just someone looking for a great piece of research. 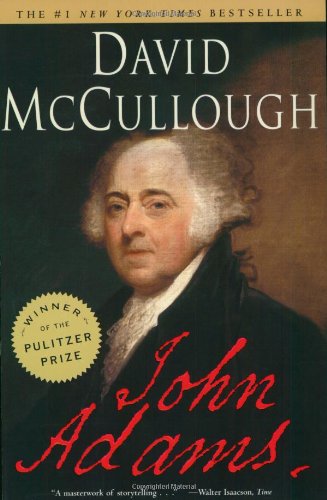