It's Kind of a Funny Story by Ned Vizzini | Teen Ink

It's Kind of a Funny Story by Ned Vizzini

A boy finds himself choked by darkness, his thoughts deadly and his actions lethargic. He is lost; he has forgotten how to smile. If one were to stumble upon a story revolving around such a character, would their initial reaction cause the book to be placed back onto the shelf? Would this story, full of depression and dark feelings, even get a chance to reveal its true purpose?
Before we can know for sure, we must ask a few questions of our own. Is Ned Vizzini’s It’s Kind of a Funny Story actually a funny story? What about a heartbreaking tragedy? If I made the suggestion that this novel could slide comfortably into the inspirational category, would you believe me?
This young adult novel tells the story of Craig, a young teenager dealing with the crippling pressure of attending a competitive high school. He finds himself suffering from depression, a case quickly increasing in severity. After dialing the suicide hotline, Craig enters a mental ward, where meets intriguing characters that shape his views on life, as well as himself. His experiences allow him, as well as readers, to be inspired.
Through the revelations that Craig experiences throughout the story, we come to understand that illnesses like depression can eventually be overcome. His interactions with the other patients residing in the mental ward serve as a means of healing and inspiration. Noelle, having entered the ward because of a suicide attempt, is not as hopeless as the stereotypical scarred teenager may seem. Through the time she spends with Craig, she is able to reconnect him with an element of his past that begins to pull him out of his misery.
Long ago, Craig abandoned his love of art. As he began obsessing over the placement exam that would get him into a prestigious New York high school, his detailed sketches ceased to appear. Years later, in the mental ward, Craig finds himself returning to the one thing in life that used to bring him joy. This marks the beginning of the chain of the revelations that lead up to the story’s inspiring end.
Even the novel’s flaws can be viewed as inspirational. The short time span of the story is not a realistic account of one’s time normally spent recovering in a mental ward. The upside to this small blemish is that the author effectively makes his point despite its unrealistic nature. Craig’s time spent in the hospital only goes to show how getting the right help, even in a small amount of time, can still launch the healing process required to overcome mental illness.
Despite the subject matter, Funny Story is by no means a cure-all, self-help book about overcoming depression. Vizzini did not write a story about a depressed teenager because it is a popular subject, or solely due to his own pervious experiences. He wrote it as an inspiration to everyone who reads it. His message: there is always hope. One must reach deep inside himself and find the joy in the small things each day brings. Being shown this possibility through example, rather than picking through a list of steps on how to overcome mental illness, is what makes the story truly inspirational.
We should not fear a book about dark subjects such as depression, especially when the author puts a purposeful spin on the story. Someone who has never suffered from anything resembling depression may appreciate the gentle introduction to the inside world of a mental patient. A recovering sufferer of depression or a similar illness may respect the accurate accounts of Craig’s feelings and actions. Someone who may currently suffer from the dark reaches of despair could potentially find hope in a story about a boy who once thought he had none. 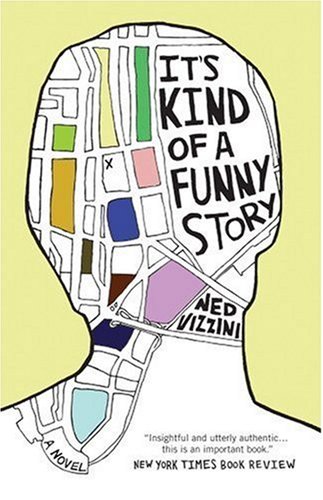