The Awakening by Kate Chopin

The Awakening by Kate Chopin is a brilliant novel that was far ahead of her time about a woman who searches for her own truths and wants, and ultimately frees herself from being bound be society and her family.
The Awakening, after you read this novel, you feel like you have learned a secret that you shouldn’t know. A wonderful, cry out loud and dance like there’s no tomorrow secret. That you and I wouldn’t even assume that The Awakening is the novel that ruined Kate Chopin during her time, and lead her to her death. The novel, being deemed vulgar and inappropriate for eyes by critics, was banned from libraries in many states. Kate Chopin deserved more than the treatment she received from her masterpiece, which shows the desire of a woman, the desire for life, at its hottest. Edna Pontellier embodies a woman’s need for her self-rule and a woman’s need for true love. While in the late 1800’s the women were expected to be a happy housewife, and to have a kid every two years like Adéle Ratignolle. Edna proves that this assumption of men in the late 1800s and early 1900s, is wrong! It is not what every woman wants! I believe that The Awakening was Kate Chopin’s way to communicate to other women and let them know that someone understands their needs, their wants, and their desires for their own lives. Yet, the novel also explains that Chopin also recognizes the some women were perfectly happy to be the housewife, and to be the woman who bore children every two years. The way Chopin puts Edna’s desire for freedom in our face is what makes this novel so powerful and so memorable. It is what makes this enlightening story appealing to women today who have secret yearning of their own.
Kate Chopin’s The Awakening, there are too many words to describe her book. It would be a book of its own to explain all the motifs and the symbols and the themes. It would be a dictionary if we were to fully explain how miserable some women were to be ‘possessions’ of their husbands. But, it only takes one word to sum it all up. Liberating. 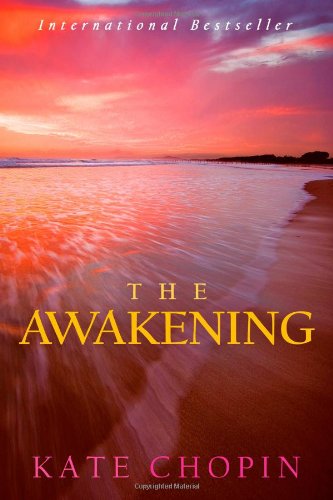