Lies Beneath by Anne Greenwood Brown

This book is written from the point of view of Calder, a merman who has not killed anyone for five months. He says as much at the very beginning. I couldn't help but give my computer a funny look. And then leaned closer to read the explanation. Calder is an interesting character. Despite his sister's murderous propensities, he fights his nature (which tells him to drag people into the lake and absorb their happiness). His abstinence starts out as an experiment, but after interacting more with humans it becomes more than that. Though he and his sisters have sworn to kill Jason Hancock in revenge for something his father did, fulfilling a bargain made between their mother and his father. To do this Calder gets close to Lily, Jason's daughter, and his views begin to change. I enjoyed watching how is character developed, and it should be interesting to see what happens in the sequel.

Lily Hancock, naive and poetic, is a far less complex character than Calder and yet she suits him. Her innocence teaches him a lot, and I loved how simple it was for her to accept his mythical status with the simple belief of those who read too many fairy-tales. And this story is essentially a fairy-tale; the dark and savagely beautiful kind.

The storyline is fairly predictable, with nearly the same plot as half a dozen other YA novels, only with mermaids. I loved the setting of Lake Superior and the writing style was pretty good with a lovely slow reveal of past secrets. There is a lot of potential for the second novel and I can't wait to read it. 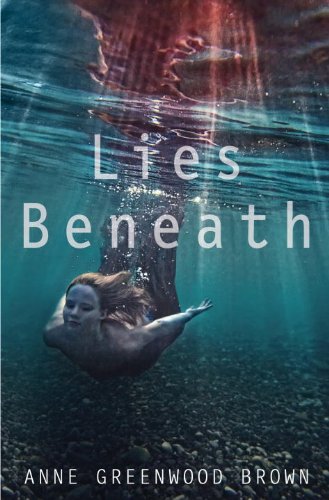 
Buy from Amazon
The author's comments:
Thank you to NetGalley for providing me with an e-copy of this book in exchange for a fair and honest review.
Post a comment
Submit your own